Steady growth in organic production since 2007 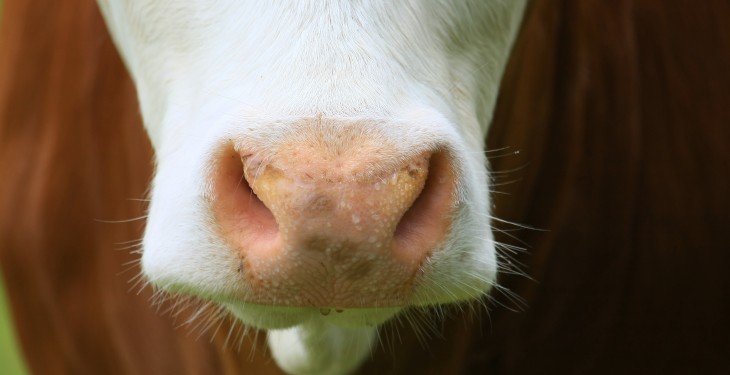 “The organic industry is growing at a slow and steady rate,” according to Dan Clavin, organic specialist with Teagasc.

At last week’s National Organic Conference in Tullamore he presented some of the results of an organic census carried out in 2012.

Speaking to AgriLand Clavin said: “The census covered all the area of organic production in Ireland including: cattle, dairy, sheep and horticulture. The sector is growing. There is currently, on the livestock side, more than 1,400 farmers of this 981 are in beef production, 26 in dairy and 410 sheep farmers. There is also 156 involved cereals and 400 in horticulture.

According to Clavin: “The current national strategy for organics is to get five per cent of agricultural land farmed organically. We’re increasing steadily. There were 1,000 farmers in 2007 and there are 1,400 now which is a significant increase.”

The recent census showed that organic production is spread extensively throughout the country. It is popular in counties such as Laois, Donegal, Cavan among more. A highlight has been a clustering effect, noted Calvin.

“We’ve seen a clustering of organic production in certain areas throughout the country. There are a lot of pioneering farmers in those areas who are encouraging others into the industry.”

In terms of beef production, Clavin said: “It’s on a smaller scale than conventional production in Ireland. Majority of finished cattle is coming from small herds. Results from the census has shown that 85 per cent of farmers finish less than 20 cattle. This corresponds to 75 per cent in conventional production which seems a small difference. However, there is a lack of big finishers in organic beef production. The production in organic comes from a wider range of smaller farmers.

“There are 9,000 organic cattle killed annually in Ireland. This has increased in recent years. There is growing demand of Irish beef especially in Europe. Countries such as Germany and Scandinavia have seen huge growth. A lot of our organic food is used in baby food on the continent. Where is would have an excellent reputation for quality and safety.”

In terms of breeds, Clavin noted: “On good land where crops can be produced continentals are popular. In more marginal areas traditional breeds tend to be more dominant.”

The census found that Friesian would be the dominant breed. “However there is increased crossbreeding in the sector. Organic dairy farmers are looking to get the most form then cow,” Calvin observed.

“Most of our dairy production would be retained within the country for our own consumption. Although Glenisk would export a certain proportion of its production. But the majority on Irish organic milk is on Irish shelves. Recently 11 producers got together and formed the Little Milk Company, which has been successful for them. We would defiantly encourage producers groups. Especially in the beef and sheep side where they could have huge potential. We would hope there are elements in the new Common Agriculture Policy  to support this,” stressed Clavin.

On the sheep side, he said: “There is a market there for organic lamb, however the supply is too high at the moment. There are 30,000 organic ewes in the country and there just isn’t enough demand for that level of production. “Conventional lamb is already seen by consumers as a premium product. There is an opportunity for famers to get involved with direct selling.”

The organic tillage sector has seen the biggest growth, according to Clavin. There were 94 growers in 2007 now there are 156. 2300/ha of land are now in organic crop production. According to the census: “Most of this is oats, which to a large extent supplies Flahavans. Weather has a big bearing on success for farmers in this area. There was an excellent crop this year. However the previous two years were very tough and a large amount of organic grain had to be imported. Organic crops usually have lower yields than conventional ones. However costs are lower and organic farmers receive a good price premium.”

Clavin continued: “Organic horticulture remains a very small sector in Ireland. We still import a large amount of our fruit and vegetable needs.” The census showed there are currently 400 organic horticulture growers in the sector. It found that there are 281/ha in vegetable production and 41/ha in fruit Clavin noted: “There are only 20 growers who produce on more than 6/ha. There is huge scope for increased production in this sector. The industry is wide spread are around the country and a farms are often located close to urban areas closer to customers.”