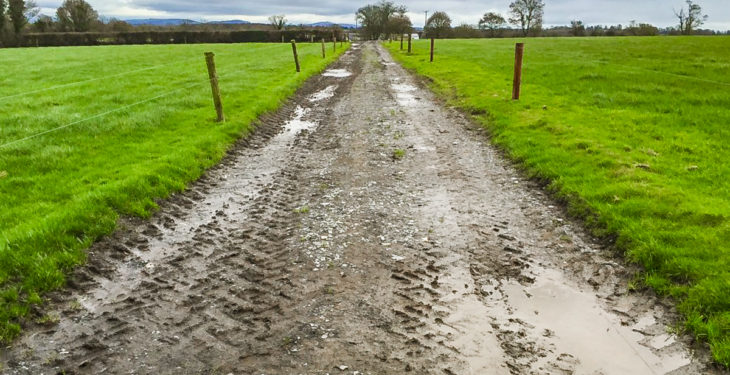 New requirements on farmers to prevent direct run-off of soiled water from farm roadways will come into effect from January 1, 2021, according to Teagasc.

These are in the form of the Department of Agriculture, Food and the Marine Specification on Farm Roadways S199, Teagasc’s Agricultural Sustainability Support and Advisory Programme (ASSAP) advisor Cathal Somers said in a recent Teagasc update.

Waters as defined in Specification S199 include all water bodies and open drains that can carry water, even if only at times during the year, Somers noted.

Under the new specification, all farmers must prevent direct run-off of soiled water from farm roadways to waters.

In terms of measures to prevent this direct run-off to waters, Teagasc first notes that in most situations it will be a matter of allowing or directing run-off from the farm roadway at regular intervals onto a field where it can soak away.

Care must be taken to avoid directing run-off into paddock entrances, it was stressed.

The cost of creating this cross fall will be approximately €13.50 per metre run for a 4m wide road. An existing road that is not in good order may need an extra 50mm stone which would add €5.50 to the cost per metre, Somers says.

Where roadways have a significant fall to the watercourse, it may make sense to evaluate an alternative solution such as a barrier. It might even be a good idea to relocate the roadway to another location, which in some situations might be an opportunity to improve infrastructure such as paddock access, the Teagasc advisor notes.

Creating an earthen bank or barrier alongside the stream/open drain can be a useful physical barrier to prevent the entry of road run-off. This run-off will need to be piped, channelled or directed back onto land, Somers added.

In cases where a farm roadway crosses a waterway at the point of a dip in the land, Teagasc stresses that it’s important to ensure a buffer zone is adhered to where animals enter a paddock adjacent to a stream.

The gateway into the paddocks should be moved a minimum of 6m from the top of the bank of the stream or open drain.

Where a farm road slopes down towards a public road and where there are waters running parallel with the public road, provision shall be taken to ensure that run-off from the farm roadway does not enter the watercourse or open drain.

Steps should be taken to convey the soiled water to a suitable soakage area, Somers concludes. 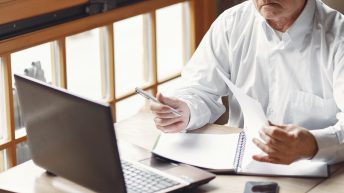