Glanbia Ingredients Ireland (GII) has announced that Sean Molloy will take up an expanded role as Director of Strategy and Supply Development within the organisation.

This new role entails an extension of Sean’s current role to include the management of Glanbia’s milk supply following the retirement of Michael O’Neill as CEO of Glanbia Milk.

The key responsibilities of the role are to develop the overall strategy for GII and develop Glanbia’s Irish milk pool to ensure that Glanbia receives the quality and volume of milk required by the business.

In recognition of the pivotal nature of this new role, Sean has been appointed as an Executive Director of GII with immediate effect and he will also continue to serve as the Company Secretary for GII.

A graduate of Agricultural Science from UCD, Seán joined Glanbia in 2007 having worked previously with PricewaterhouseCoopers and Ornua. 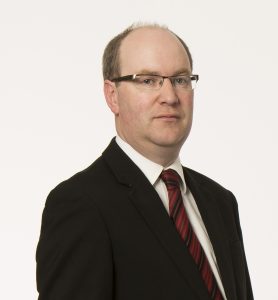 Sean and his wife Fiona live on their family farm in Co Offaly with their children Katie, Jack and Andy.

Earlier this week, Glanbia announced it will pay its member suppliers 25c/L including VAT for August manufacturing milk supplies. This price is inclusive of a 2c/L Glanbia Co-operative Society support payment to its members.

Glanbia Ingredients Ireland (GII) has increased its base price by 2c/L to 23c/L including VAT for manufacturing milk at 3.6% fat and 3.3% protein.

The Board of Glanbia Co-operative Society has decided to pay its members a support payment of 2.0c/L (including VAT) for August manufacturing and liquid milk supplies.