New Holland is stretching to deliver the coveted ‘full line’ 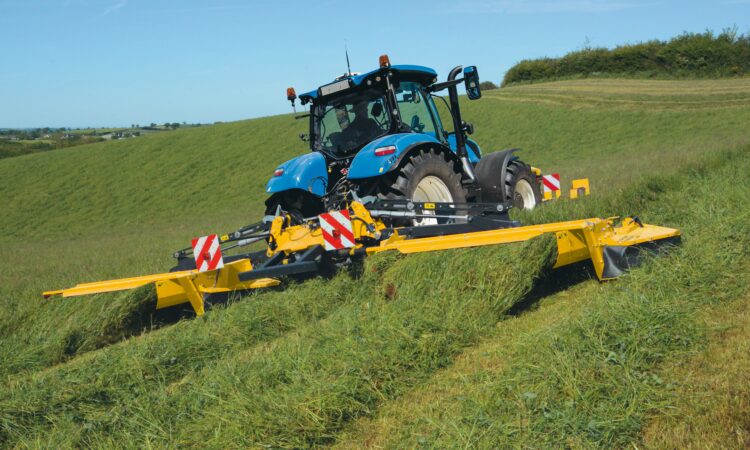 New Holland has extended its implement range (which comes from the Kongskilde family of machines). Some of these machines were on display at the recent SIMA show in Paris, France.

“Following the first launch of New Holland branded implements at Agritechnica 2017, we have proceeded with the gradual integration of these products into our offering,” explained Carlo Lambro, New Holland’s agriculture brand president.

With these new introductions we are further extending the range of implements that we offer.

The so-called hay and forage range has been extended with 13 new machines.

The Mega Cutter triple-mower (pictured above), with adjustable working widths from 8.4m to 8.6m, is aimed at “large-scale farmers and contractors”.

The plain disc mower line-up has been extended with three new entry-level DuraDisc machines, with working widths from 2.0m to 2.8m.

New Holland has also launched three ‘new’ ProTed tedders (one of which is pictured below). 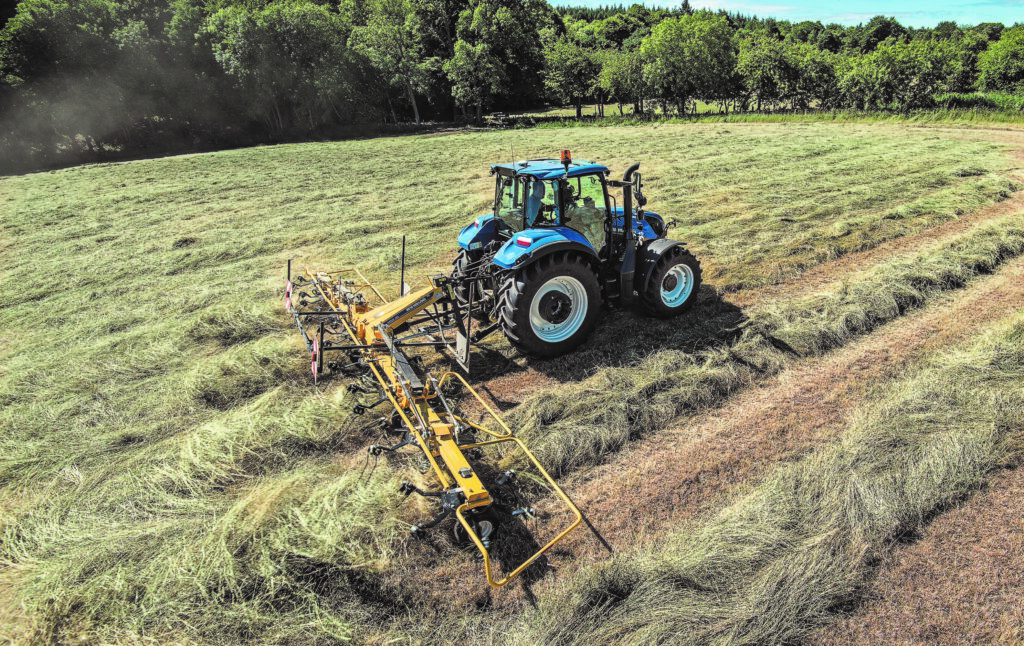 The manufacturer is also introducing five ProRotor rakes – three single-rotor and two double-rotor models (one of which is pictured below). 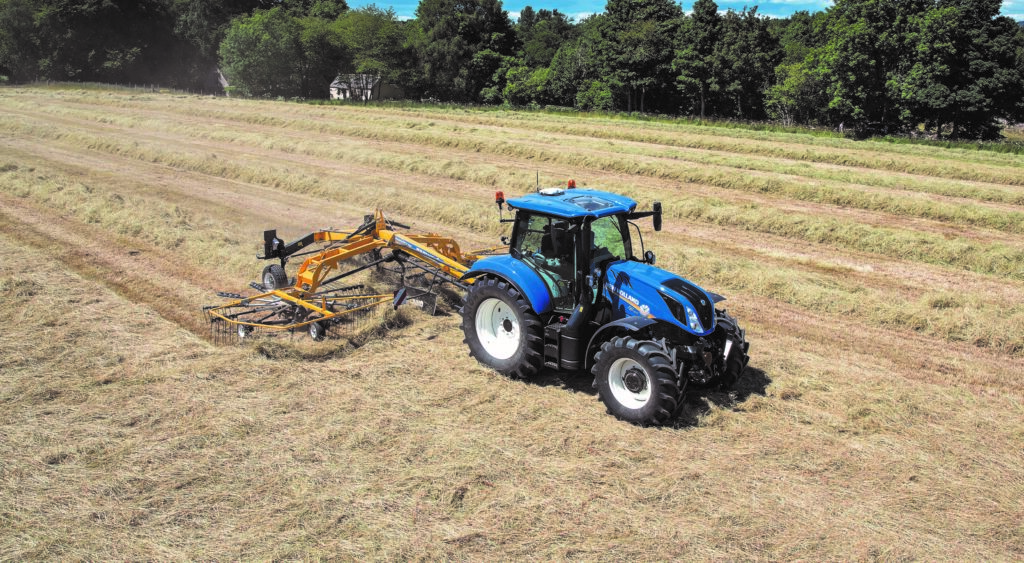 For tillage farmers and contractors, New Holland is phasing in a new ‘Side Mounted CombiWheel’ for its PX, PXV and PXVOL ploughs (which come from the Kongskilde/Overum stable). 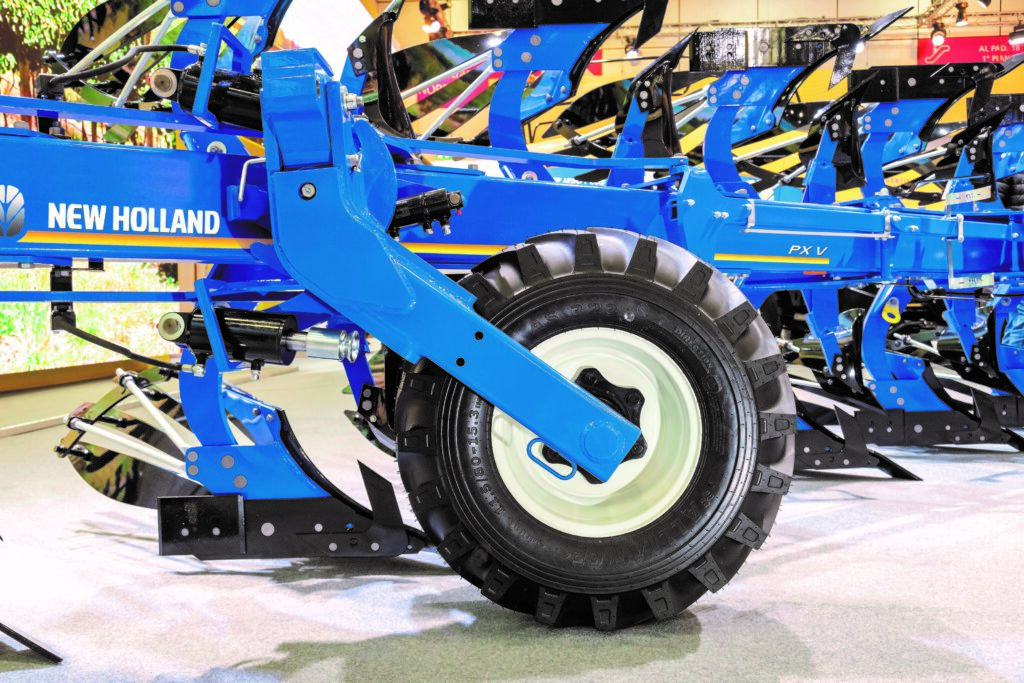 The new wheel (pictured above) has the “advantage of working inside the furrow, thus leaving no un-ploughed soil at the headland”.

At last month’s SIMA 2019 show, the Side Mounted CombiWheel was shown on a PXV plough (pictured below). 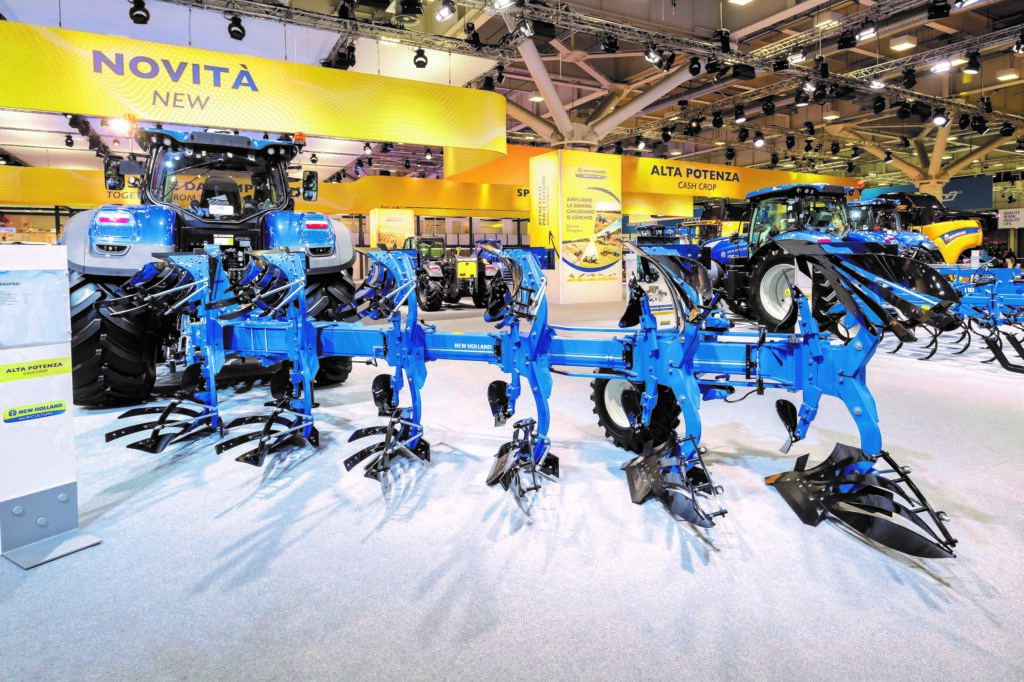 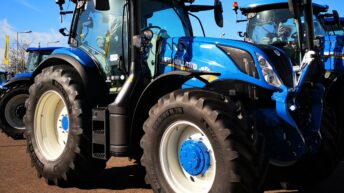