New Holland looks back on 100 years of tractor history 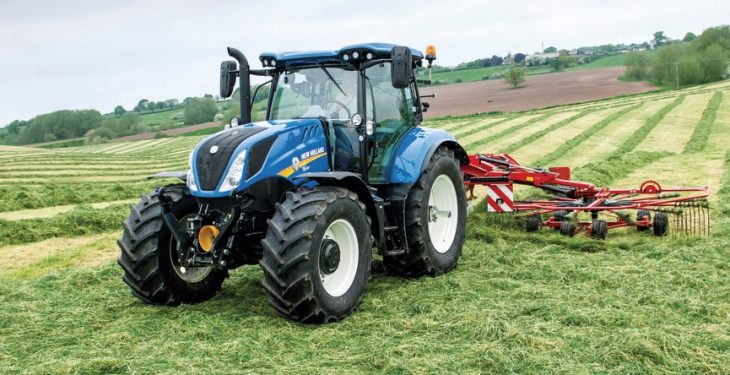 New Holland is celebrating 100 years of tractor production in 2017, with a number of events organised in honour of the milestone.

This display formed part of a year of celebrations in association with the club Blue Force, which began with a book launch at New Holland’s Basildon factory and showroom in the UK on January 11.

The 528-page book titled, ‘100 years of Fordson, Ford and New Holland Tractors 1917-2017’ was published by Blue Force and includes over 1,270 colour photographs as well as details of models produced since 1917.

At LAMMA, a 1926 Fordson F series and a Fordson Dexta featured on the stand alongside the latest models, including New Holland’s Basildon-built T7 Heavy Duty tractor, released in late 2015.

New Holland’s Marketing Manager James Ashworth said: “Our world class manufacturing sites produce quality tractors for a global market, including the site at Basilson, where we make T6 and T7 tractors for farmers in the UK, Ireland and more than 120 countries all over the world.

“We are delighted to showcase our history and thank Blue Force members for loaning two fine vintage tractors for our stand.

“We look forward to supporting Blue Force with their activities throughout the year,” he said.

The next celebratory event will see two Blue Force members, embarking on a two-month-long ‘Coastline Tractor Challenge’ on April 13.

The challenge will see the men use two New Holland T6 tractors to visit most of the coastline of England, Wales, Scotland and part of Ireland.

Advertisement
The tractors will pull a scratch-built shepherd’s hut for accommodation, and a trailer carrying supplies.

The challenge will also raise money for charity.

New Holland has also recently launched the BigBaler 1290 Plus.

The company’s involvement in the large square baler market dates back to 1987.

“Hay and forage operations, straw contractors, large scale arable farmers and biomass businesses will appreciate the higher, even more consistent bale density and the productivity of the largest capacity New Holland baler ever,” he said.

The new baler features an 80cm longer bale chamber over the previous model and is claimed to deliver 10% higher-density bales.

During this time the baler reportedly managed to bale an area of 115ha, making a total of 1,254 bales which weighed an average of 434kg. 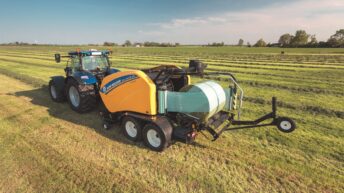 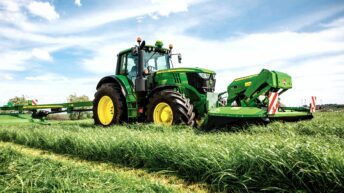