New grocery laws set to be signed off

New regulations aimed at regulating certain practices in the grocery goods sector are set to come into force shortly.

It is envisaged that these measures will help rebalance the agri-food chain in Ireland.

According to a statement from the Department of Jobs, Enterprise and Innovation, the Regulations are currently being finalised and it is hoped to sign them into law shortly.

The draft regulations published in 2014 specify a requirement for good faith, transparency, openness and fairness in grocery goods dealings.

Commenting on their significance at the time Minister Richard Bruton said that earlier this year, courtesy of the Competition and Consumer Protection Act, the government introduced powerful new investigation and enforcement powers to help ensure fairness between suppliers and retailers in the grocery goods sector. 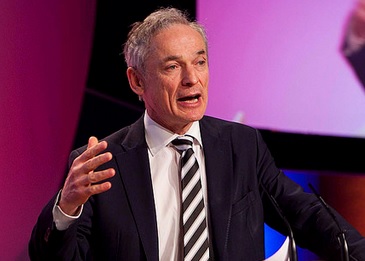 “That Act also gave us the power to introduce strong regulations to govern relationships in this area.

“There is potentially a real inequality between these players which can be abused in a manner that is not in the interests of jobs, consumers or sustainable safe food.”

During a thorough investigation, she found that the retailer had acted unreasonably when delaying payments to suppliers, often for lengthy periods of time.

IFA National Chairman, Jer Bergin said that findings by the UK Groceries Code Adjudicator confirm that a similar independent ombudsman is needed in Ireland to regulate the grocery retail market.

Jer Bergin said in Ireland and at EU level, there is a major imbalance of power in the food supply chain between retailers on the one hand and processors, suppliers and primary producers on the other.

“The small number of large retailers clearly have excessive buying power and the ability to dictate prices levels back to farmers, often driving prices to uneconomic levels and even below the cost of production.

“While the Competition and Consumer Protection Act 2014 has begun to address the issue of retailer regulation, the Grocery Code Regulations have yet to be published. These will provide some contractual guarantees between producers and retailers, however the UK experience shows that a strong, Independent Retail Ombudsman is needed to deal firmly with retailer multinationals,” he said.