IFA ‘whistleblower’ Deane to face motion of no confidence in Carlow 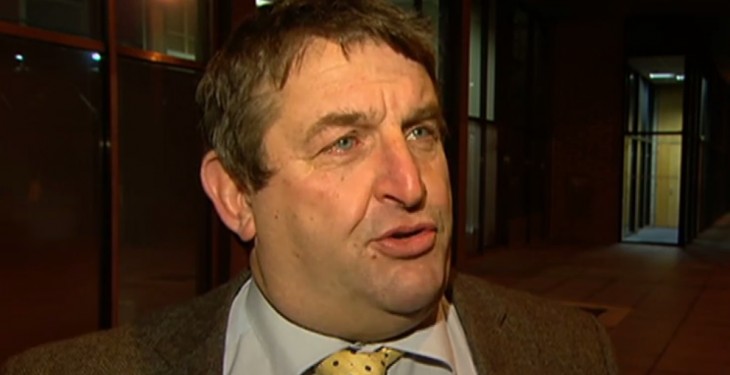 Members of Carlow IFA are calling for the current Co. Chairman and IFA whistleblower, Derek Deane, to resign.

Deane, a former Deputy President of the IFA, came to prominence in November after he went public over pay levels at the top of the association particularly the remuneration of the then General Secretary, Pat Smith.

However, he failed in a bid to secure the backing to run for IFA President in recent weeks, following the resignation of Eddie Downey.

At a Carlow IFA meeting on Monday night, a motion of no confidence was put forward and seconded in Deane, according to a number of people at the meeting.

However, they say the motion was not voted on at the meeting because of the IFA 21-day rule regarding motions, which means any meeting must have 21-day notice of motions.

One person, who attended the meeting said there is frustration on a large scale in Carlow and the members are unhappy with the current Chairman (Derek Deane).

Deane’s attempt to get into the Presidential race is not valid, he said.

“No rules were broken. We (Carlow) gave him the nomination even though some in the county did not feel he was the man for the job.

“But he did not get the signatures he needed.”

Deane chaired the Carlow meeting on Monday night and was contacted by Agriland for a comment, but did not respond.

He will remain on as Chairman until Carlow holds its AGM, where his tenure as Chairman will end. However, a date for that has yet to be set by Deane.

This week 12 months ago the first main rumblings of discontent within IFA were happening. At an Executive Council meeting in a motion of no confidence was tabled in the then General Secretary Pat Smith.

However the move by Pat Farrell (Kildare), Pat Hennessy (Laois), Tim Cullinan (North Tipperary) and Derek Deane (Carlow) was gazumped by the then President Eddie Downey who, after a recess, tabled a motion of confidence in Smith ahead of the motion of no confidence with, of course, it being a public show of hands.

At the Association’s AGM on January 27, 2015, the then President Eddie Downey called for full transparency on prices across the food supply chain and spoke about the “unique democratic structure” within the organisation.