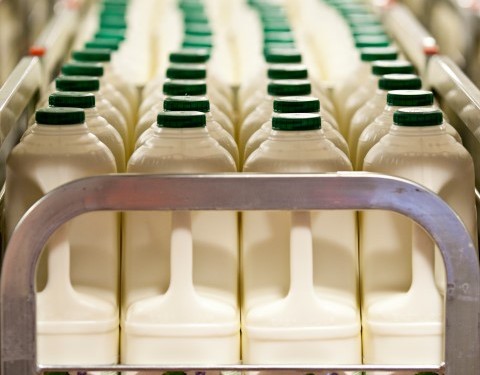 Figures provided to Mairead McGuinness, Member of European Parliament (MEP), show that the share farmers receive of the final price consumers pay for food has been declining for some years.

“The 2011 figures compiled by Eurostat show that farmers receive 21%, the food industry gets 28% and the remainder, 51%, goes to food retail and food services.

“Receiving slightly more than one-fifth of the price consumers pay for food is an insufficient share for those who provide the lion’s share of the input. Farmers invest the greatest effort and time of all stakeholders in the food chain and also carry the greatest risks, including weather impacts,” McGuinness said.

Speaking in Brussels this morning McGuinness said what is really worrying is that the trend in the producer share is moving in the wrong direction.

“At the same time we are demanding that farmers invest in more sustainable food production systems sensitive to concerns about the environment and use of scarce national resources. These demands cannot be met by relentless pressure on producer prices and their margins,” the Fine Gael MEP said.

The MEP said that the imbalance in power between producers and retailers and other layers of the food supply chain is an issue which continues to demand attention and must be addressed more urgently.

McGuinness also said that various Member States have taken initiatives to tackle the problem, highlighting how real the problem is in many member states of the EU.

“There is a relatively new voluntary code initiative which while welcome may not be sufficient to tackle the problem. Farmers have, understandably, remained outside the voluntary initiative believing it to be a weak and ineffective tool to monitor and police unfair practices.

“I believe the Commission needs to acknowledge this and quickly move to legislative action,” she said.