Today’s opening represents a major strategic development for Irish dairy, with the plant at Belview a national flagship for the sector.

Formally opening the plant An Taoiseach Enda Kenny said 2015 will be the year of rural recovery because of developments like the one being announced today.

“This is a very significant day for the country’s dairy sector and for the South East region.

“This Glanbia facility will allow Ireland to maximise the job potential from increased production following the end of EU milk quotas.

“It will also provide a boost to the rural economy with the creation of 1,600 direct and indirect jobs and the knock-on benefits for local businesses and communities. As such it is an important strategic development in the Government’s work to secure the recovery,” he said. 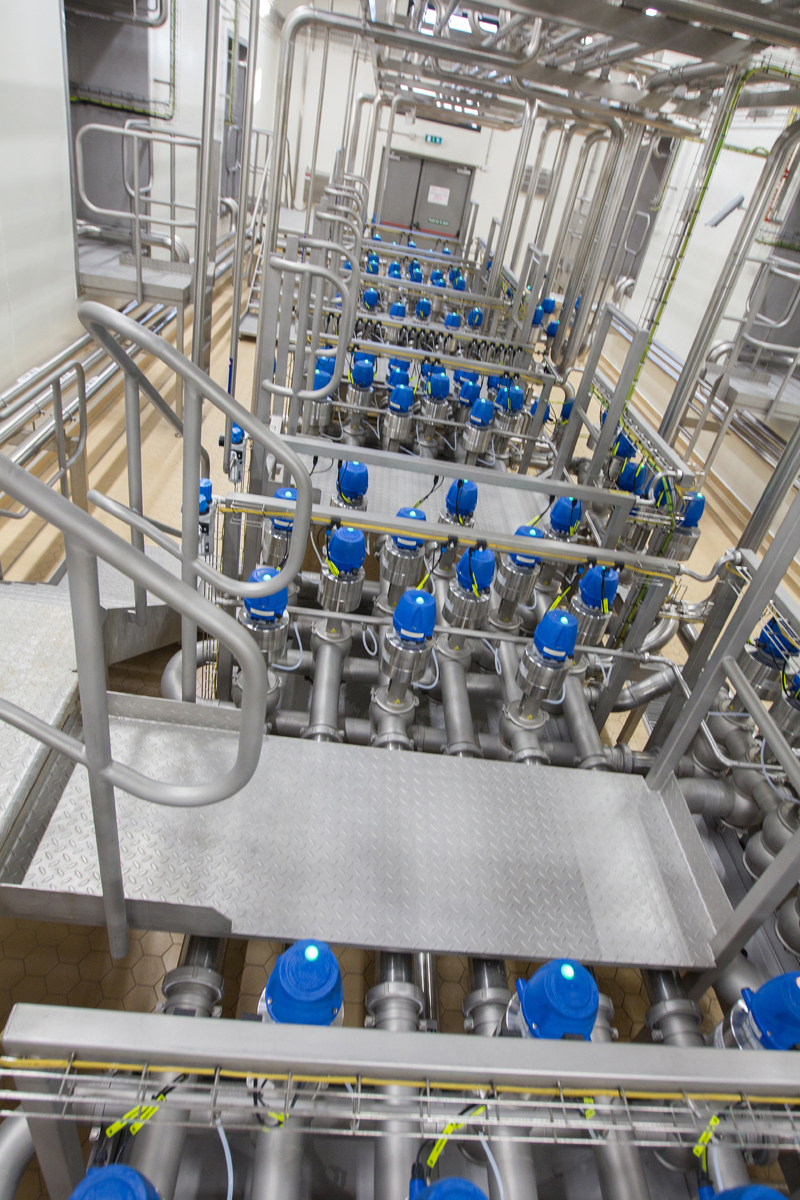 With support from the Department of Jobs via Enterprise Ireland, Glanbia Ingredients Ireland’s investment programme of over €235m represents the largest indigenous infrastructure investment made by an Irish company in 80 years, in preparation for the generational opportunity offered by the removal of EU milk quotas at the end of this month.

The facility will create employment for 1,600 direct and indirect jobs while contributing an estimated €400 m/annum to the economy.

The dairy industry purchases 90% of its inputs from the domestic economy, therefore this will particularly benefit farm families and rural communities.

By 2020, Glanbia’s 4,800 milk suppliers expect to increase milk production by 63%. Currently Glanbia Ingredients Ireland processes 1.8 billion litres of milk or 30% of Ireland’s milk pool into a range of dairy ingredients for export to more than 50 countries.

Glanbia says the facility will allow for the manufacture of specialised milk powder products and nutritional ingredients to meet the demands of multi-nationals in infant formula and other industries operating in Asia, the Middle East, Africa and Central America.

All produce from the new facility will be destined for export markets, it says. 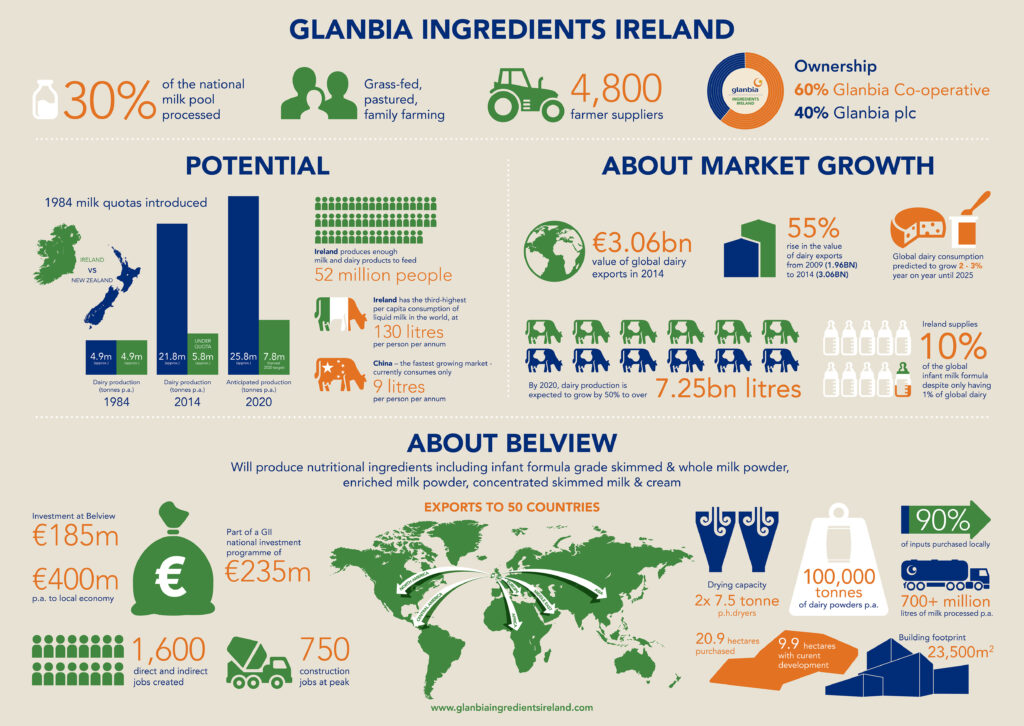 CEO of Glanbia Ingredients Ireland Jim Bergin said the launch represents the culmination of a long journey from local vision to the realisation of the global opportunity presented by the removal of EU daily quotas.

“This state of the art facility is primed to meet the global demand for the highest quality, sustainably manufactured, nutritional Ingredients. Currently this small island supplies 10% of the world’s infant milk formula,” he said.