Pottinger Ireland has appointed Raymond McCaffrey (pictured below – on the right) to manage its Aftersales & Sales Promotion activities for the island of Ireland.

Hailing from Co. Leitrim and having begun his career as an agricultural mechanic with a local dealer, Raymond then went on to work with McHale (based in Co. Mayo). He spent his most recent years travelling around the globe in a product/customer support role. 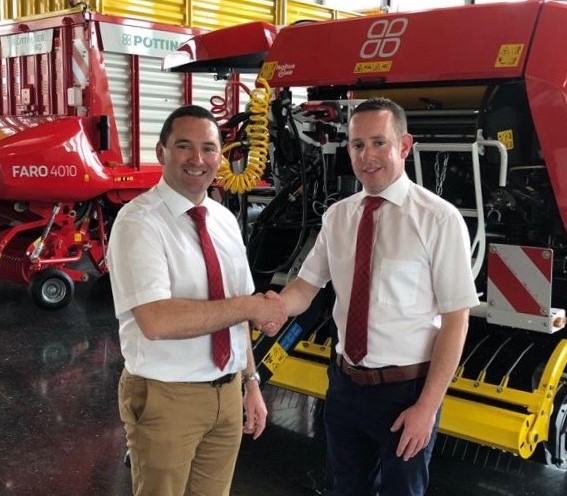 With Raymond’s appointment, we can now offer an extensive and professional after-sales advice and support service – to our growing dealer network and customer base.

“Raymond’s extensive knowledge, expertise and talent will be vital in the continued growth and development of our future business, through our committed dealer network.”

We shot this video (below) at the event, in which we asked Diarmuid how the company’s pick-up wagons are faring across the country.

Among other comments, he noted: “Over the years, we’ve seen many people convert from trailed harvesters to wagons and, currently, from self-propelled harvesters. They’re seeing massive advantages – cost savings from the point of view of the contractor and healthier animals for the farmer.

“We’ve had numerous cases of dairy farmers looking at wagons from a zero-grazing point of view and then having them for their own silage. We’re seeing dairy farmers who want to cut smaller amounts of silage more often, so rather than having one or two cuts per year they’re having four.” 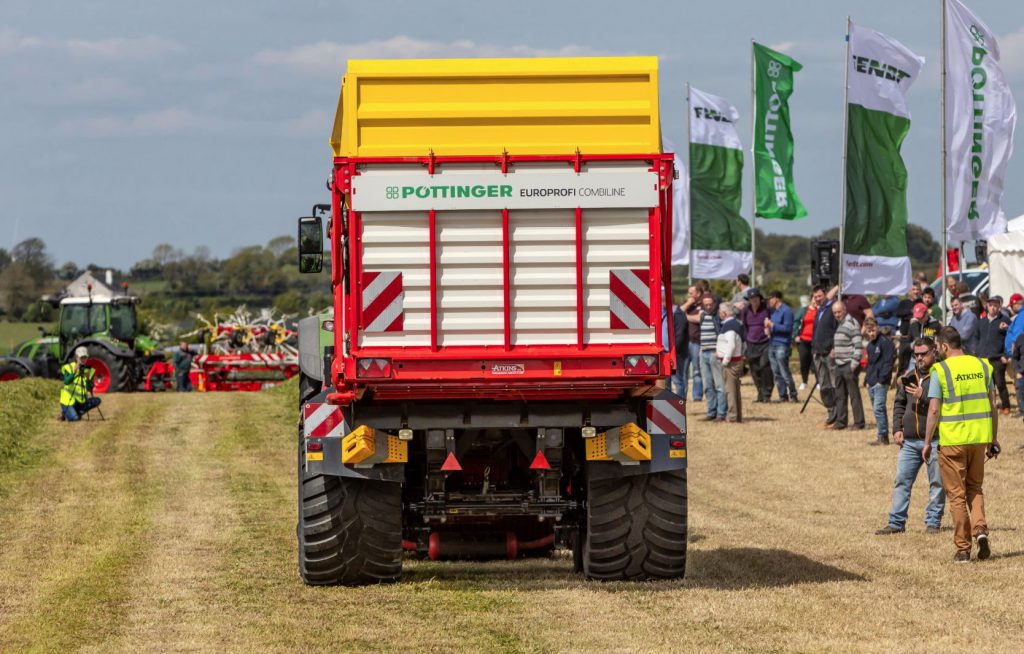 He added: “We have contractors who are taking on wagons as well.

One particular example I would use would be a contractor that we demo-ed to two years ago. He was looking for a wagon for one small job. He had a self-propelled [harvester] and his farmer customer told him ‘do not bring the self-propelled back here again’. He wanted the wagon back.

“That led to that contractor buying a new wagon last year and him picking up extra work. This year, he’s bought a second wagon.”