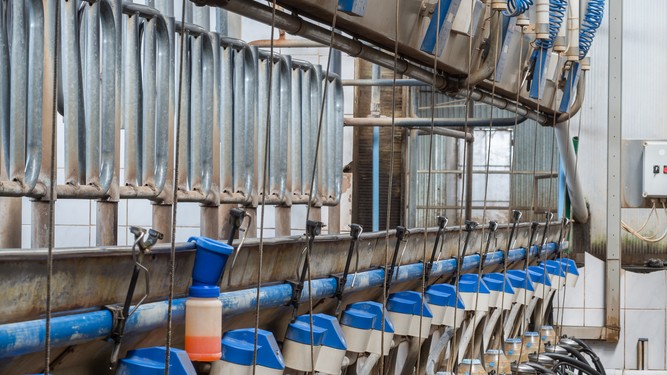 New entrants to dairy farming are set to milk double the number of cows than that of existing farmers, according to Teagasc.

In order to arrive at an estimate of the number of new entrants to dairy farming in the short term, non-dairy farmers were questioned by Teagasc in the National Farm Survey about their intentions to enter dairy farming.

According to Teagasc, just 902 farmers or 1.5% of the non-dairy farms represented by the Teagasc NFS expressed an interest in milking cows in the 2015 to 2017 period.

However, it notes that only 40% of those with intentions of entering dairying had engaged in active planning by discussing their dairy start-up plan with a bank manager and only 25% had completed a business plan.

Teagasc says it is therefore likely that the number of new entrants to dairy in the 2015 to 2017 period would be closer to 360 than the 902 that had expressed an interest.

The survey found that the 360 non-dairy farmers that have discussed a dairy business startup plan with their bank manager collectively plan to stock 40,000 cows or an average herd of 126 cows, almost double the current national average herd size.

Assuming these cows produce the average national milk yield, these new entrants would bring a further 3% to the Irish national milk pool.

Teagasc are forecasting milk production in Ireland to increase by some 10% next year.

In its Outlook for 2015 Teagasc says in spite of the large forecast decline in milk prices in 2015, the removal of quotas should still result in an increase in milk production in Ireland.

It highlights that cow numbers have risen in the run up to quota removal and it is unlikely that many producers will destock in the face of a short-term decline in profitability. It therefore forecasts that at the national level Irish milk production will increase by 10% in 2015.

Teagasc says when additional production plans of existing farmers are combined with the production from new entrants it would lead to a 17% increase in national milk production in the 2015 to 2017 period over the 2013 level.

Teagasc says it is probable that farmers planning to expand will do so in the initial years following milk quota removal and as such we expect that the bulk of the additional production will be front loaded and will occur in the 2015 and 2016.