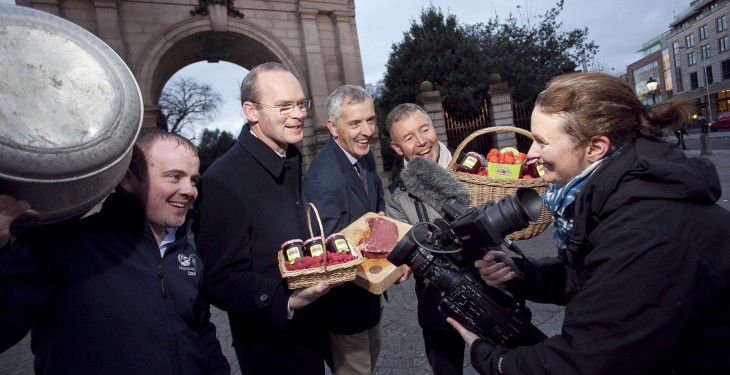 UTV today announced details of its Irish ‘behind-the-scenes’ farming series, which will broadcast on UTV Ireland in 2015.

‘Rare Breed’ will provide an in-depth look into the successes and struggles of farming life in Ireland, throughout a calendar year. A total of 21 farmers across the country are taking part in the series, which gives a unique insight into all aspects of farming life and practices – from beef, dairy, horse and poultry farms, to vegetable, pig and even Christmas tree farms.

Speaking at the launch, the Minister for Agriculture Simon Coveney said the Irish agriculture industry is worth €24 billion annually and Ireland is seen as one of the global leaders in high-quality agri-food production and exportation.

“Agriculture is responsible for the direct and indirect employment of thousands of people across the island of Ireland. As a key driver of the Irish economy, it is extremely important that we provide as much exposure and support to the industry as possible. Rare Breed shines a spotlight on the importance of agriculture in Ireland and I look forward to following the series.”

Michael Wilson, UTV Ireland Managing Director, said Rare Breed is about giving people an access-all-areas pass to one of Ireland’s biggest industries – on farms both big and small.

“The series also documents the intriguing contrasts between well-established farmers and the more tech-savvy farmers beginning their careers in the agri-sector.”

Kelda Crawford McCann, Producer of Rare Breed said this is the biggest series of Rare Breed we have filmed to date. “Our cameras have been out in all conditions as farmers worked through torrential rain and beaming sun – from Carlow to Cork and Tipperary to Donegal. The results have been outstanding and the finished product will be a heart-warming, family programme.”

Rare Breed is a 12-part series which follows the lives of farmers across Munster, Leinster, Connacht and Ulster. The series will begin on UTV Ireland in January 2015. UTV Ireland, Ireland’s newest television channel, will launch on January 1, 2015, and further details of the UTV Ireland schedule will be announced soon.