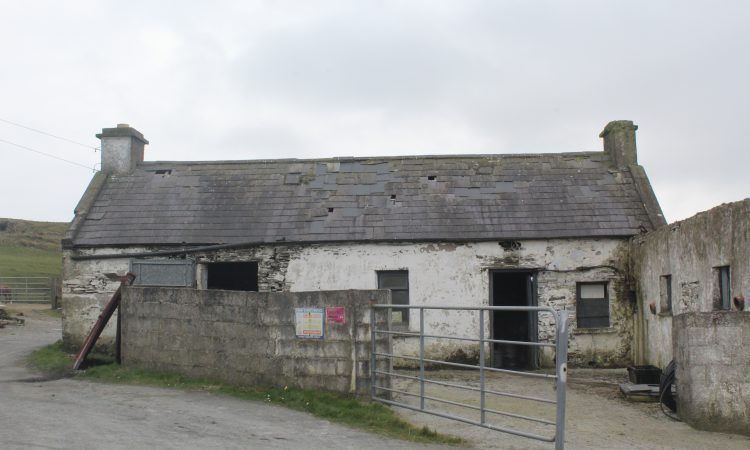 A north Clare farm building on the road to the Cliffs of Moher, that was a centre for storytelling and folklore in the 1920s and 1930s, has received approval under the Green Low-Carbon Agri-Environment Scheme (GLAS) traditional farm buildings grant scheme 2019 – to carry out repair works on the structure.

Beef farmer John Michael Carey, who also keeps four horses on 60ac, has repaired the old Luogh flag roof, carrying out internal loft restoration and applying lime render repair to the exterior of the house in which he grew up in Luogh north, Doolin.

His wife, Margaret, runs the Emohruro B&B which was a B&B of the year finalist for the second year running this year, in a competition run by B&B Ireland – based on guest reviews.

Used as a farm building for approximately 50 years, it has a strong storytelling and folklore heritage in the area. Seamus Delargy, a collector of of the tradition of the Irish speakers of the county, stayed in the house with the Irish-speaking Carey family for several months in 1929, recording folklore in the north Clare area.

Recalling his time at the house 30 years later, Seamus Delargy highlighted the storytelling tradition there:

I could not have got a better lodging, for to this house came all the storytellers, singers and musicians for miles around and, there at various times from 1929  to 1935, I recorded nearly 500 tales and a large body of seanchas and extensive vocabularies in Irish.

“They are all gone now, the storytellers and the singers and the neighbours who came night after night on ragairne – the old are dead long since, and most of those who were young then are now in America or in England.”

The building, which is shown on the 1840 and 1890 ordinance survey maps, is a good example of the west Clare vernacular farmhouse, four-bay single-story gabled house with two side chimneys. The Luogh stone flags on the porch at the rear of the structure were quarried in the nearby quarry. 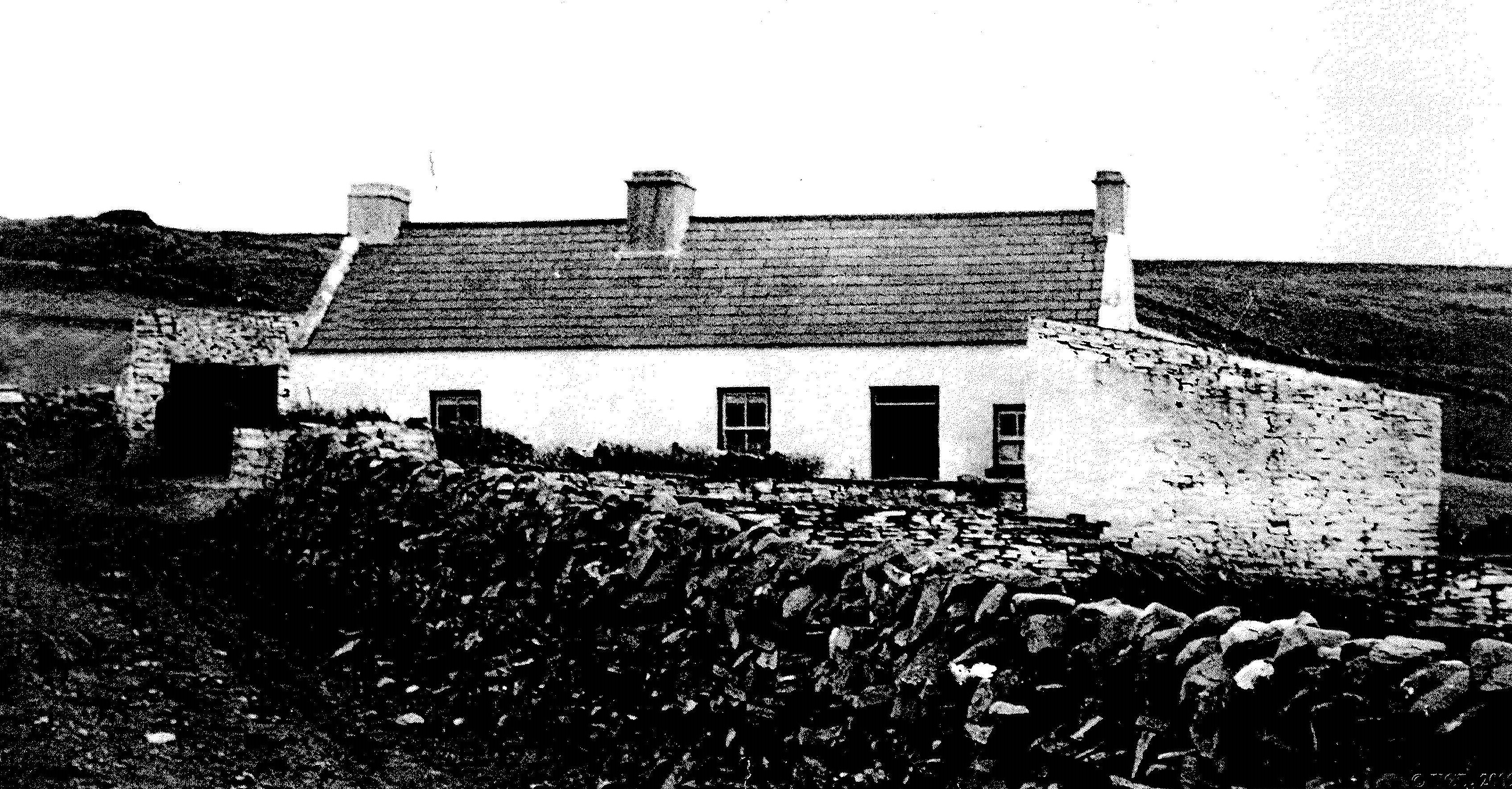 The project is about the retention, repair and reuse of all existing fabric where all the slates, stone flags have all been reused, according to John Michael’s son, John. The repair project is nearing the halfway point with a completion due in the middle of November. The building will be used for farm storage.

The building repair works are being carried out by local craftsman Tommy Shannon from Doolin. “He is doing fantastic work on the building,” said John.

The works to date have been mostly to the rear and south west side of the roof. They are being undertaken in a methodical and careful manner, the Careys said.

“Replacement structural timber has been kept to a minimum, and mostly partnered into exiting timbers as required. Original slates have been carefully taken down and set aside for reuse on the front and north-east side. Old natural slates have been sourced and installed to the rear and south west side,” John said.

The next stage will involve a number of works. “The ceiling boarding is mostly intact. Only very damaged boards to be replaced with new tongue and groove boards to match. 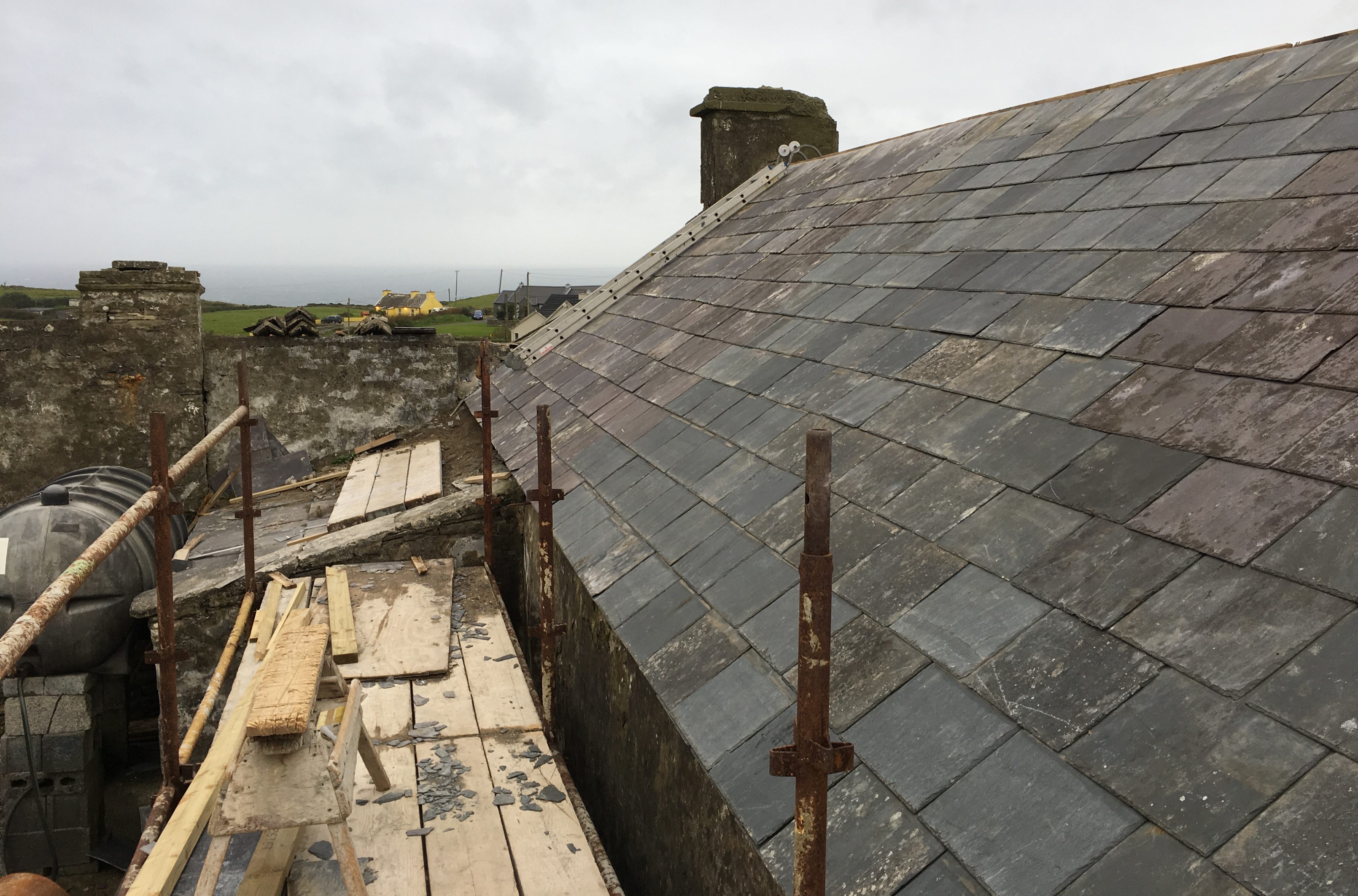 “The main support beam to the loft is sound, but the joists and boards are too rotten for reuse. New joists with square-edged soft wood flooring to match and additional struts to support the purlin will be provided,” John said.

“The line of the original fixed ladder/stairs is now clearly identifiable. New work is to match in open softwood treads and solid string.

“New lime render will be applied to exposed stone walls to be of minimal thickness, only filling the gaps in the stone works, with lime wash finish to the remaining face of the stone and lime, to match the existing adjacent,” John said. 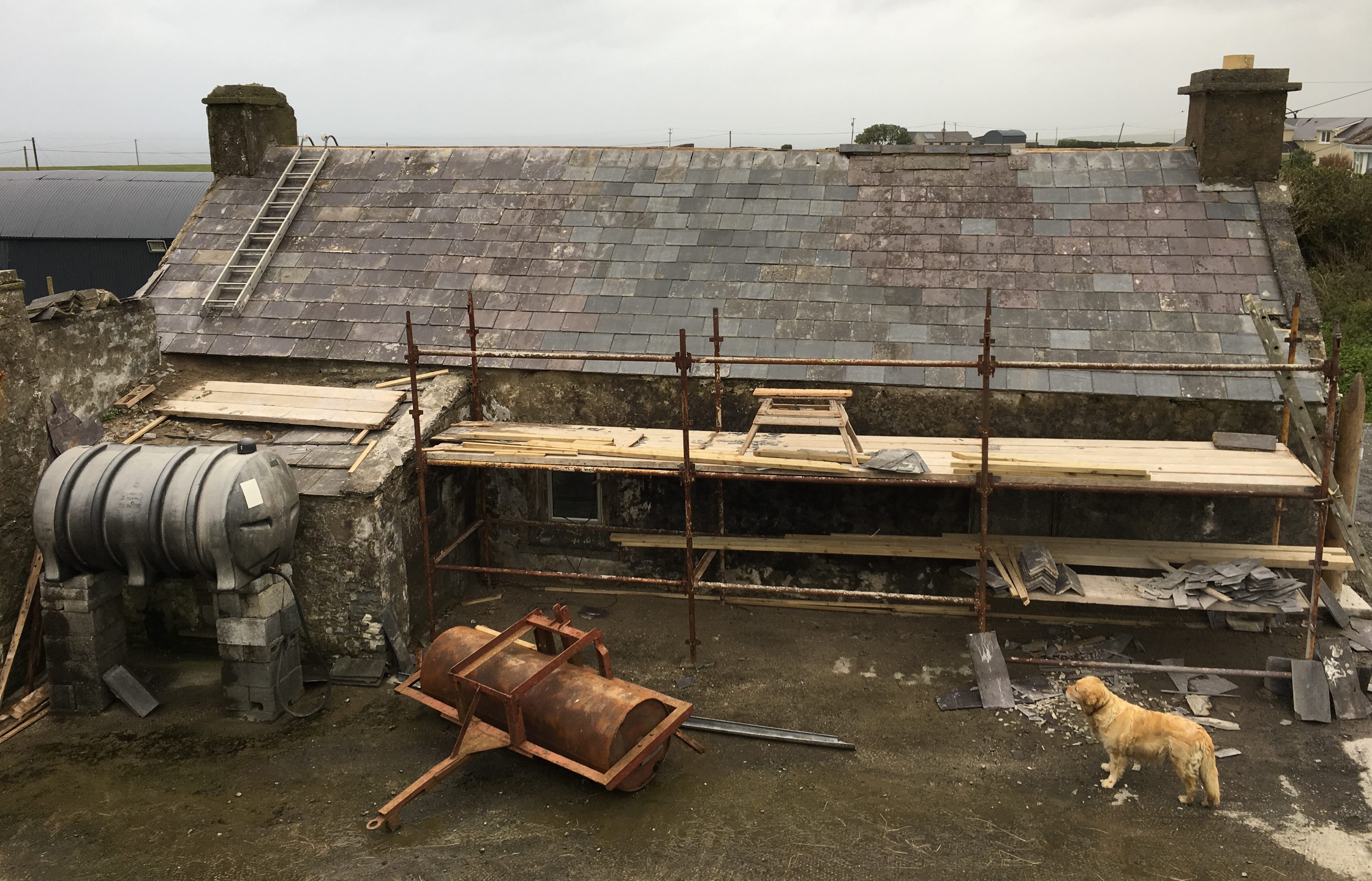 “The lean-to retains the local Luogh flags on the roof which were special. Stone flags were historically used as a roofing material, principally in west Co. Clare where suitable stone was available.

“These load-bearing flags, sometimes referred to as stone ‘slates’, are laid in a different manner to traditional slate roofs and possess particular characteristics. 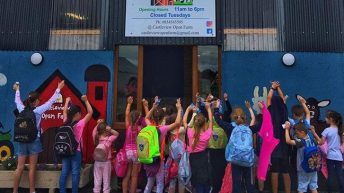