Negotiations on directive to prevent UTPs to begin today

Negotiations on a new directive that will aim to protect farmers against buyers’ unfair trading practices (UTPs) will begin today (Thursday, October 25).

Earlier today, the European Parliament voted overwhelmingly in favour of the negotiating mandate for a new EU law to do away with unfair trading in the food supply chain – giving the parliament’s negotiating team the green light to start negotiating with the European Council’s Austrian Presidency on the final wording of the new directive.

Commenting on the development, rapporteur Paolo De Castro – and the parliament’s chief negotiator – said: “It was now or never and I am happy that, in spite of all the pressure in recent weeks from the supermarkets lobby to kill this legislation, the parliament has given us a green light to finalise the work on new rules that our farmers so desperately need to cut the UTPs from the food supply chain.

Now we need to start trialogue talks immediately and to finalise them by Christmas. This is our only window of opportunity to be able to make it before the European Parliament elections.

“In this battle of David versus Goliath, we need to arm the weakest in the food supply chain to ensure fairness, healthier food and social rights. We will work hard to ensure that consumers continue to have wide access to the highest-quality EU products.”

The negotiating mandate was approved by 428 votes in favour to 170 against and 18 abstentions.

Delighted that @Europarl_EN voted to allow negotiations on #UTPs to proceed to #cuttheunfair – first meeting is this afternoon. We need to rebalance power in the food supply chain @AgrilandIreland pic.twitter.com/Ht6r9GWFII

Once the deal on the final wording of the new EU law is reached, it will have to be confirmed by both the European Parliament and the European Council. 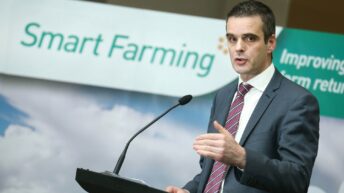