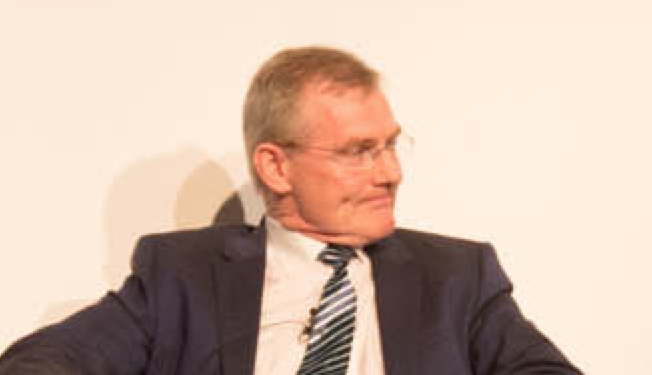 The needs to be a greater sense of urgency around consolidation in the Irish dairy sector, according to the CEO of the newly formed LacPatrick Co-operative, Gabriel D’Arcy.

LacPartrick was formed this year from the amalgamation of two of the oldest co-ops in the country Town of Monaghan and Ballyrashane.

Speaking at the ICOS conference this week D’Arcy said it was very clear to him on arrival his in Town of Monaghan that the concept of scale had to be addressed.

“Everybody has to accommodate scale weather you like it or not. The issue is what do you do with that scale do you specialise or do you not.

“Even though one was bigger than the other we sat down and spoke on the basis of equals. This is very much a concept of mergers which is a very important concept in the co-operative world.”

The LacPatrick CEO said the industry needs to understand that there is a sence of urgency in this area.

“We have to start acting and speaking to other folk that traditionally down over the decades we wouldn’t talk to.

“We need to sit down as equals and see where there is a logic for us to come together and what is the benifit for the members in so doing.

“Farmers are not stupid. They have tp be shown the logic of this.

“Forty or 50 years ago the milk and butter and all the other dairy products were bought by hundreds of thousands of buyers scattered all around the place.

“Today a half a dozen buyers control 80% of the total percurement. They have become much more powerful.

“So as a counter balance and to keep parity of esteem you need similarly to scale up so that when you’re going in to negotiate with those folk that you negotiate on a more equal playing field.”

The Lacpatrick CEO said it is a critical issue which is being played out all across the industry at the moment. However, he warned that consolidation must be done in a logical way.

“You shouldn’t just bang co-ops together either there needs to be some logic to it.

“Either there are some efficincies to be got on milk collection or they have processing capabilities that are complimentary.

“In LacPatraick’s case we had a state of the art texture butter plant that Ballyrashane had invested quite a bit in and by merging it enabled us to make a significant investment in the Town of Monaghan milk powder processing.

“I think there is a realisation coming into the farmer commuinty who own the co-ops that it makes sense.

“The shareholders of every co-op in the country should be marching into their CEO and asking them what they are doiing about increasing efficiency and scaling up,” he said.