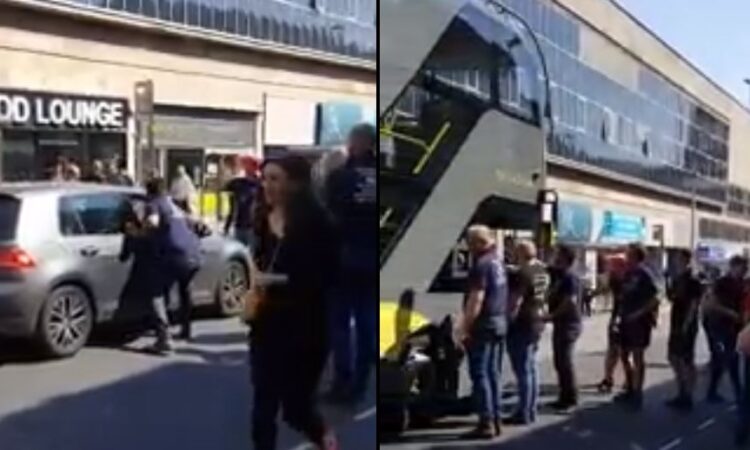 The National Federation of Young Farmers’ Clubs (NFYFC) has said it will take action to “remove” those involved in anti-social behaviour at its annual general meeting (AGM).

Crowds of young people appearing to wear young farmers’ shirts were filmed jeering and looking on as trouble-makers kicked a car and took a motorist’s keys out of the car’s ignition before throwing them away.

It’s understood 6,000 people attended the AGM in Blackpool this year.

The 24,500-strong rural youth organisation is the English and Welsh counterpart of Macra Na Feirme and Young Farmers’ Clubs of Ulster.

Footage of the incident has been circulated around the mainstream media.

A statement in response to the reported anti-social behaviour during the annual convention weekend in Blackpool read:

“Thank you to everyone who has provided information about a range of incidents that took place in Blackpool town centre while NFYFC was hosting its convention at the Winter Gardens.

“The federation is now carrying out its disciplinary process to ensure that those involved in causing anti-social behaviour are removed from the organisation.

‘All incidents under scrutiny’

“These people cannot be identified publically for legal reasons. NFYFC is taking this issue very seriously.

All of the incidents that occurred over the weekend, not just those caught on cameras, are being investigated and appropriate action will be taken with the support of the relevant local authorities.

“We offer reassurance to Blackpool residents and businesses that the viability of this event is under scrutiny. A review process is already underway with the event management team, which will also involve Blackpool authorities.

“The behaviour that has been highlighted is not in line with NFYFC’s values and ethos. It is now the responsibility of all of our 24,500 members to pull together and show what it really means to be a proud member of a Young Farmers’ Club.” 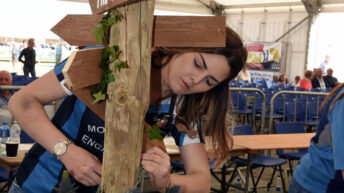 Young Farmers get geared up for Balmoral Show: Here’s what they have lined up