Why didn’t this ‘systems tractor’ take off? 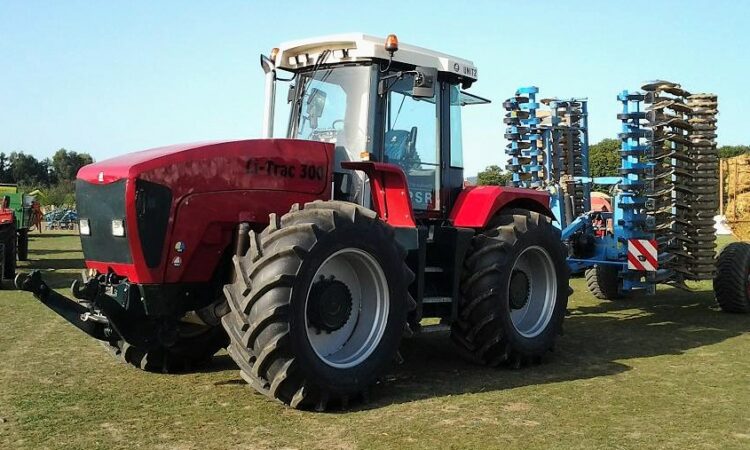 This curious tractor (pictured above) is a Mali Li-Trac 300. It is believed that only five of these machines were built.

Mali was founded by Swiss entrepreneur Markus Liebherr in 1994 in Upper Swabia (in south-western Germany); the first two letters of his forename and surname – ‘Ma’ and ‘Li’ – formed the entity’s title.

He was a son of the founder of Liebherr – the giant manufacturer. Incidentally, Liebherr had supplied engines for fitting to some Schluter tractors.

A number of Mali prototypes were built; versions with differing power outputs were to be offered.

The Li-Trac 300 – as its model designation suggests – had about 300hp on tap. That was courtesy of a six-cylinder, 10L Liebherr engine. This engine was mated to a Funk powershift transmission.

The tractor was also notable for having a sprung front axle (much rarer then than now) and an optional 50kph top speed.

The fuel tank was capacious; it could hold a whopping 1,000L of diesel.

It was also home to a rotating driver’s platform (reverse-drive). Helpfully, the whole cab could be tilted rearwards for service access (courtesy of a hand-operated hydraulic pumping system). It was quite well appointed; air-conditioning was standard.

The tractor (unladen) weighed 10.3t. It was nothing if not imposing; it stood 3.5m tall.

Nonetheless, Markus was not the only industrious engineer with a hankering for ‘systems tractors’ of this ilk. The concept of having four equal-sized wheels and a mid-mounted cab was clearly one that such individuals were keen to breathe new life into.

Interestingly, Markus also had a keen interest in sports; he even owned English football club Southampton at one time. He passed away in 2010 – at the relatively young age of 62. 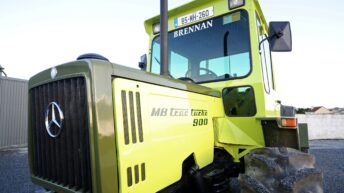