The National Cattle Breeding Centre’s (NCBC) new state of the art laboratory in Naas was recently opened by Minister for Agriculture, Simon Coveney.

Ten years on from the formation of the National Cattle Breeding Centre (NCBC); a joint venture by the two largest Artificial Insemination companies in Ireland, Progressive Genetics Ireland and the Munster Cattle Breeding Group, the opening is part of a number of recent major investments by the NCBC.

At the opening Bernard Eivers, CEO, of NCBC, said tremendous work was being done on genetic evaluation by ICBF and research data coming from Teagasc, however he said the missing link was Irish Cattle Breeding Programmes of sufficient scale.

From its foundation, he said, NCBC sought to build the breeding programmes and focused on delivering extra profits for Irish farmers through genetic gain.

Bernard commented on the recent Department of Agriculture strategy 2025 document which indicates that milk producers have increased their net profits from 4.06c/l in 2009 to 16.59c/l in 2013.

These results were achieved through targeted efficiency measures such as improvements in herd EBI (€70 to €142), reproductive efficiency and milk solids output per cow. NCBC strive to enhance profits on Irish Beef and Dairy farms through genetics.

Major infrastructural investment is not only evident at the new laboratory in Naas.

The NCBC are now housing bulls in 5 secure units as part of their high level biosecurity programmes. 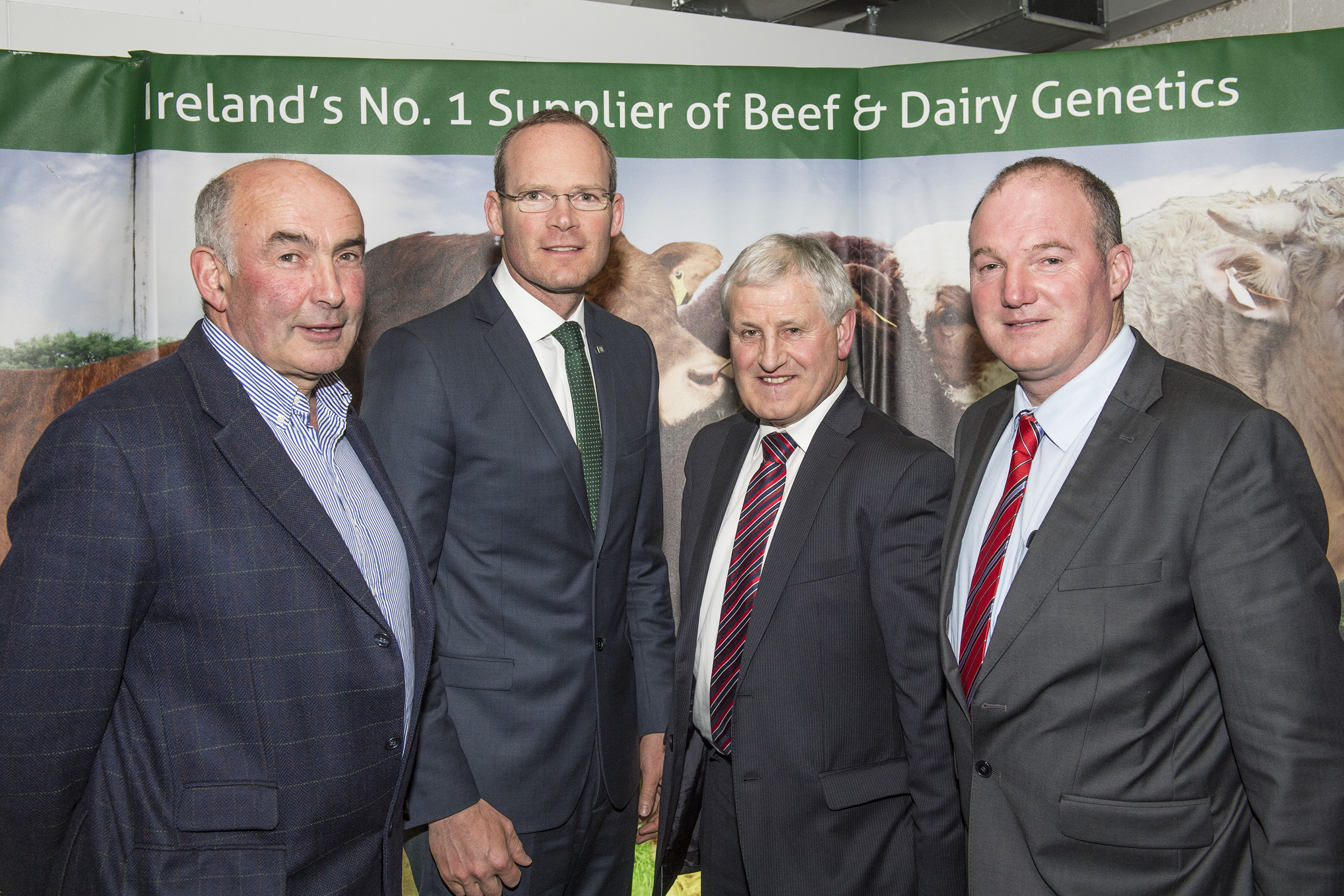 At the official opening of the new laboratory in Naas, Minister Coveney, acknowledged the significant investment made by NCBC and its shareholders, and recognised the work being done in guaranteeing Irish farmers access to the best possible genetics.

Minister Coveney stated, ‘the most effective way of achieving genetic progress in the national herd is through a comprehensive co-ordinated national breeding programme, in which all sections of the cattle breeding industry participate’.