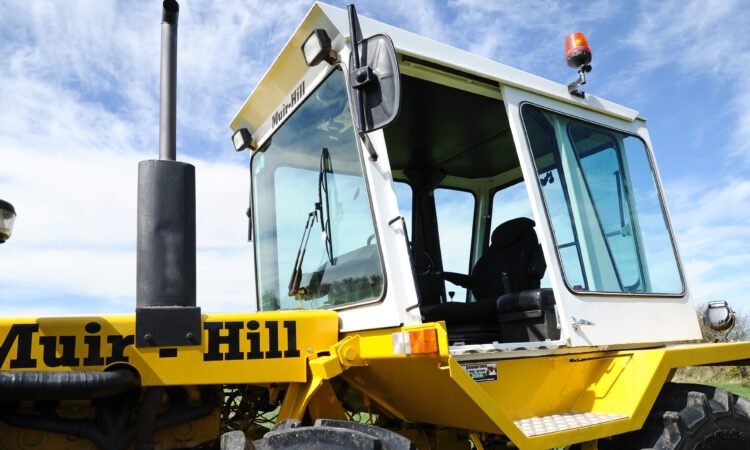 Mount Melleray Community, in conjunction with John and Ann O’ Brien, is hosting a silage fundraiser tomorrow (Saturday, September 8), from 10:00am. Muir-Hill tractors, in particular, will be front and centre.

The activities will take place on the grounds of Mount Melleray Abbey.

All money raised will be donated to cancer and the new hospice care centre on the grounds of University Hospital Waterford. The event will comprise both static and working displays of tractors and machinery, including some double-chop (silage) harvesters.

“The Ryan brothers from Fethard and the Cooke family from the north of the country will visit Melleray for the event with their array of Muir-Hill tractors,” said John O’Brien of the organising committee.

“Also participating will be Gordan O’Mahoney from Mogeely Vintage Club, with his John Deere tractor and harvester. The Whittle family from Tramore will have their [Ford] 8730 tractors and accompanying harvesters, as will the Reidy brothers from Araglen,” he said.

“Newcomers, Albert McGrath and John Whelan, have invested in their own silage outfit and the O’Grady brothers, from Ballinamult, will be there in full force,” added John.

As we prepare, Noel O’Connell is oiling up the [Fordson] Major and single-chop harvester, while his brother Michael will draw in with his Super Major.

“Ned Lombard, back after many years, will be putting up silage on the pit, along with Peter O’Brien. Richard Houlihan will be on a harvester; rumour has it we might even have to take a singer offstage to test his skills on a harvester,” said John.

“Also coming to Mount Melleray are Paul Hallahan and Pat Gubbins of the Irish Vintage Engine and Tractor Association.

“We’ll also welcome the O’Briens from Graigue and their silage wagons, plus many others.”

Muir-Hill tractors will be working on-site throughout the day.

McHale Fusion baler-wrapper demonstrations will be provided, courtesy of the ‘grass gals‘ – Ciara Cliffe and Emer Hickey. That’s thanks to help from O’Grady Bros and Mulhern Contracting; it kicks off around 1:00pm.

The Socket Rockettes, from Broomhill Vintage Club, Coachford, Co. Cork, will showcase their prowess at 2:00pm. This will be followed by an ‘all-in’ auction – from dairy nuts to bales of straw and silage (and even drums of oil). 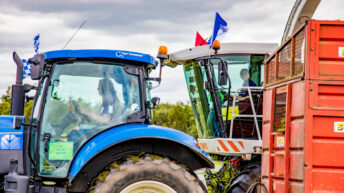