Pat Brogan Tractors – a well-known Landini dealer in the west of Ireland – has been given a bigger territory to cover. Pat Brogan and his son Cathal are pictured (above).

The dealership – based in Strokestown – already supplies new Landini tractors to farmers in counties Roscommon, Longford and Leitrim.

Now the territory has been extended westwards into counties Mayo and Sligo (an area previously covered by O’Brien Tractors) and eastwards into Co. Cavan.

Adrian Winnett – the managing director for the UK and Ireland at Landini manufacturer Argo Tractors –  explained: “Having performed consistently well in their area over the years, it’s a logical progression for Pat Brogan Tractors to work across a larger territory as our official supplier of tractors and parts.”

Managing director Pat Brogan added his comments, saying: “At Strokestown, we’re right at the centre of the enlarged area and no more than an hour away in either direction. 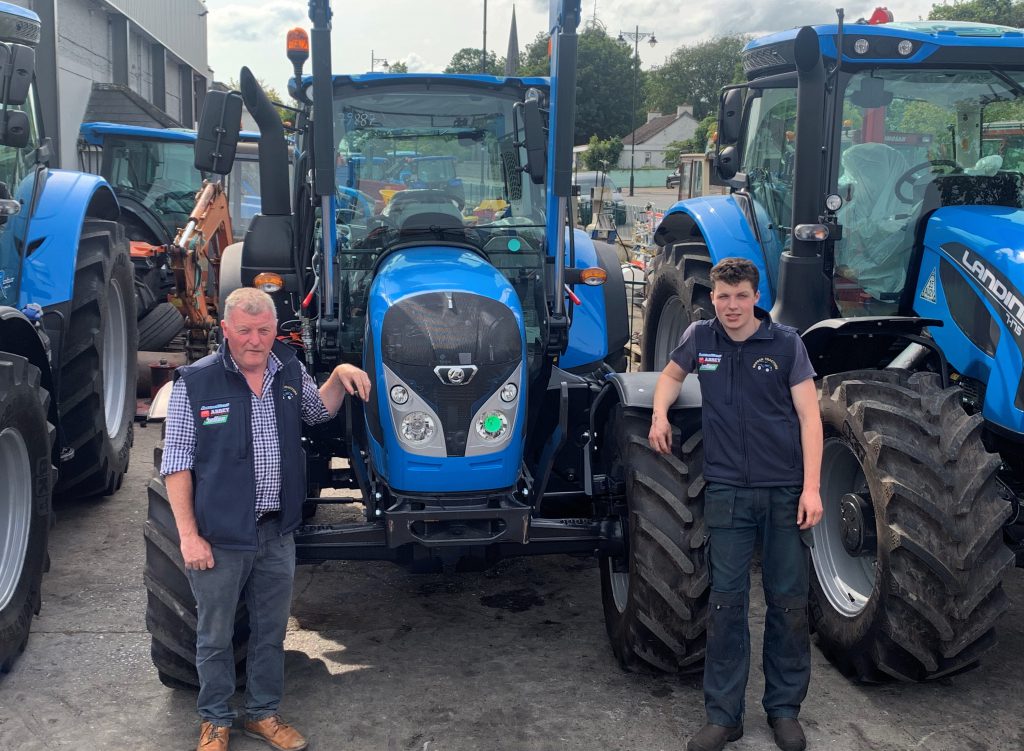 “We’re already supplying and supporting second-hand tractors in these areas, so we know we can deliver a good service to farmers who buy new Landini tractors from us.”

Pat Brogan has a long association with Landini; he was appointed as a main dealer for the manufacturer in 1995.

He says the relative simplicity of the 90-130hp tractors he mostly supplies is a strong selling point in the region.

“The Landini range has been developed in a very positive way, with a comfortable cab and great visibility – making the machines good to drive, on top of being well known for reliability,” added Pat.

There are more electrics, of course, but that goes for all tractors today. Younger farmers, especially, are comfortable with that.

“All the same, we know people really want to try out a new tractor before a purchase, so we’re currently running two ‘demo’ units – a Landini 6-H and a 5 Series.”

A good number of new tractors – as well as a “big selection” of used units – is apparently kept in stock at the Strokestown premises for buyers who want quick delivery of a new tractor.

“This,” said Pat, “is then backed by a serious stock of parts, for models going back over the years. 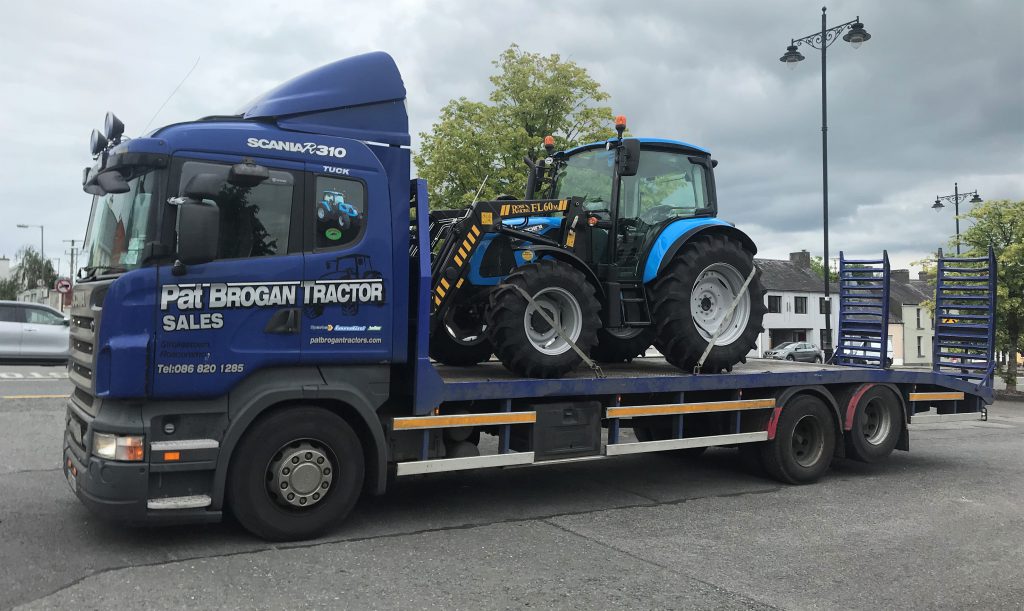 “We also have four technicians on the road or repairing in the workshops, plus an experienced stores-man. My son Cathal and I look after sales.”

Wearing gloves to reduce bacteria spread and protect your hands