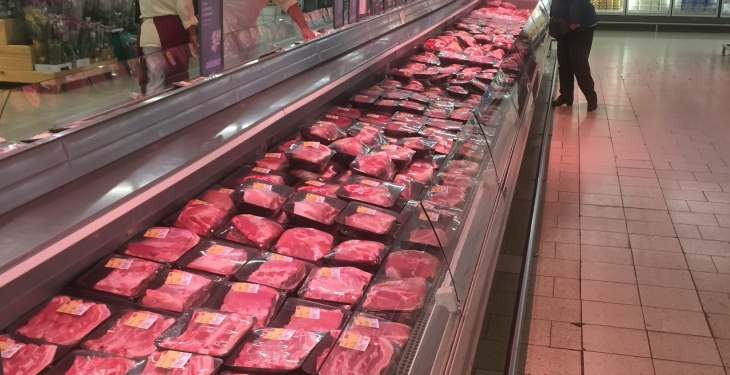 The food chain needs to be much more transparent if farmers are to have any chance of making a viable return in most farm enterprises, according to the ICSA.

President of the ICSA (Irish Cattle and Sheep Farmers’ Association), Patrick Kent said: “The EU must tackle the inherent lack of balance in the food chain.

“Farmers spend three years producing beef cattle, processors spend three week getting it to the shelf and it takes the retailers three days to sell it – yet farmers are the only ones not making a profit.

“What is needed is compulsory audits of the food chain at EU level to see what margins are being made at processor and retailer level on key farm commodities such as meat, bread and dairy.

We have very clear transparency around average farm margins, but have very little information on what margins are being made by processors and retailers.

“It is not good enough that companies which have such a central role in determining what consumers eat and how much they pay can hide behind opaque structures and keep their accounts out of public scrutiny,” the president stressed.

Most companies are required to publish accounts, but processors are avoiding this by private company structures, Kent added.

“On the other hand, multinational giants in the retailing sector – by virtue of the huge turnover in millions of products – can hide how much they make off the backs of farmers.

This has to change. We have seen farmers squeezed more and more over the years and this has coincided with increasing concentration of processing and retailing in the hands of a few dominant operators.”

“The EU Commission needs to take the lead by regulating this.”

Concluding, the president said: “The ICSA was the first farm organisation to call for regulation and we want to see an EU authority being given the powers to audit the big players in processing and retailing with a view to publishing average margins across the sectors and with a view to calling to account businesses that engage in excess profiteering at the expense of both farmer and consumer.”