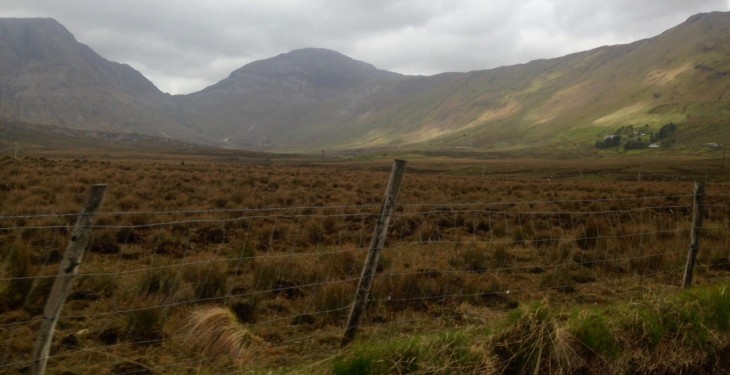 Farmers are being put under “tremendous pressure” to submit commonage framework plans by the deadline of October 31, according to Sinn Fein’s agriculture spokesperson Martin Kenny.

The submission of a commonage framework plan is required under the Green, Low-Carbon, Agri-Environment Scheme (GLAS) in order for a payment to be processed.

The Minister for Agriculture, Food and the Marine, Michael Creed, confirmed that payments cannot issue to farmers if the plans are not fully completed and submitted in a recent parliamentary question.

“Where commonage is included in a GLAS application, a commonage management plan or a commonage farm plan as appropriate must be submitted before GLAS payments for the 2017 scheme year can be processed.

Over 9,000 shareholders across over 3,800 commonages have declared commonage in their GLAS applications.

“The necessary pre-payment checks, to be carried out over the coming weeks, will determine the number of shareholders who have subscribed to the individual management plans,” Minister Creed said.

However, Deputy Kenny believes that some flexibility is needed around this issue, given the complexity of the application process.

The policy of refusing payments until these framework plans are submitted will cause great difficulty.

“Considering the complex nature of the framework plans and the very short window being allowed to get the plans submitted, the minister needs to review the situation to make sure this doesn’t become another reason for delays in farmers getting paid their GLAS money.

“After speaking to planners, it is clear that in many cases – despite their best efforts – they will not able to meet the deadline of October 31,” he said.

Deputy Kenny outlined that only one framework plan for each commonage area will be required – a fact which has the potential to create issues in its own right.

“This means that shareholders on their respective commonages have to work together to draw up the plan.

Not all shareholders on the commonage will have the same planner and of course the planner doing the framework plan won’t have access to GLAS applications from other farmers.

“Indeed, some of the shareholders on the commonage may not be in GLAS at all and are not obliged to adhere to the framework plan – making it more difficult to plan for and manage.

“Farmers and planners who are being put under tremendous pressure to get these plans prepared and submitted, in such a short timeframe, will require some flexibility around this issue,” the Sinn Fein TD concluded.