Sit back and relax: Medal-winning combine sets itself 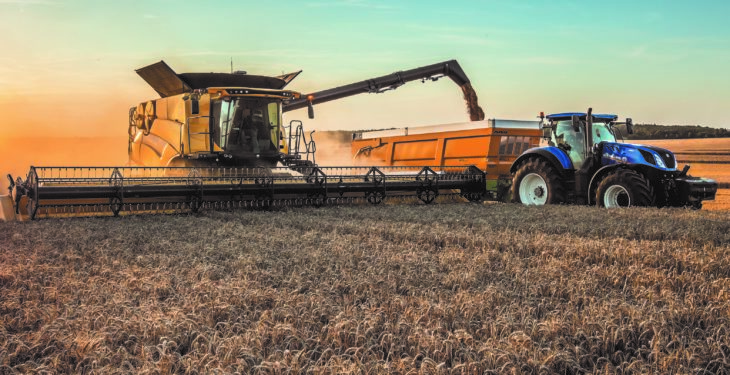 New Holland has notched up a silver medal at the upcoming Agritechnica show for its “pro-active and automatic” combine setting system.

The manufacturer was awarded the medal by an independent expert committee appointed by the DLG German Agricultural Society.

According to New Holland, this development addresses one of the biggest challenges for combine operators – maintaining maximum throughput, while keeping losses and the percentage of damaged grain to a minimum.

The proactive system relies on traditional sensors and control systems; it is supplemented by a cleaning shoe load-sensing system, along with field and yield prediction technology.

The operator can choose different modes, opting for maximum throughput or maximum grain quality – or something in between. 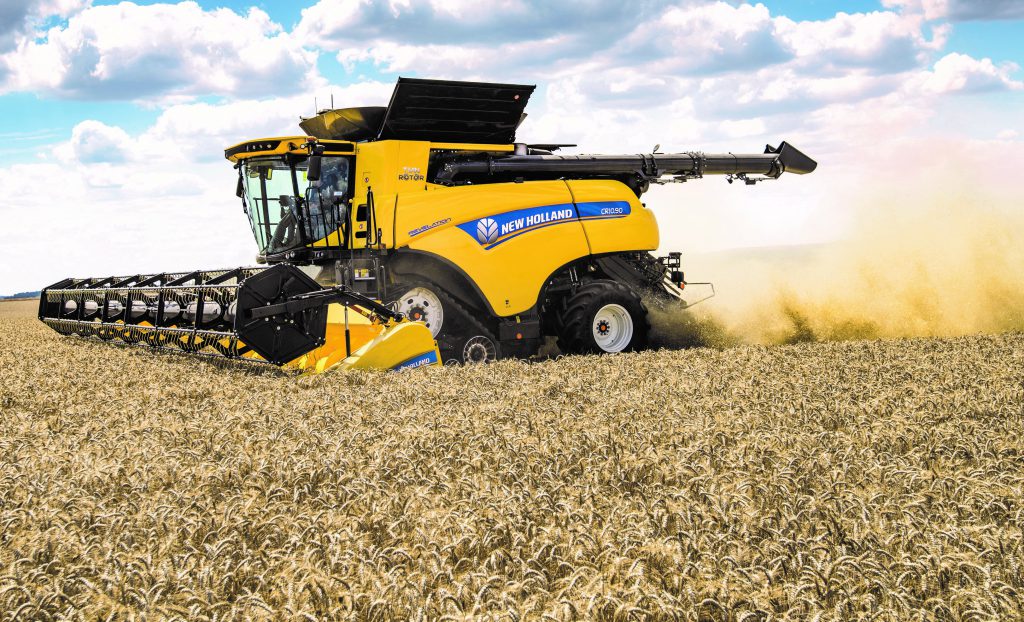 In keeping with these developments, New Holland’s new CR Revelation combine range is claimed to improve the control of crop-flow and boost productivity. It also comes with updated styling and improved visibility.

According to the manufacturer, operational capacity has increased by 10%. 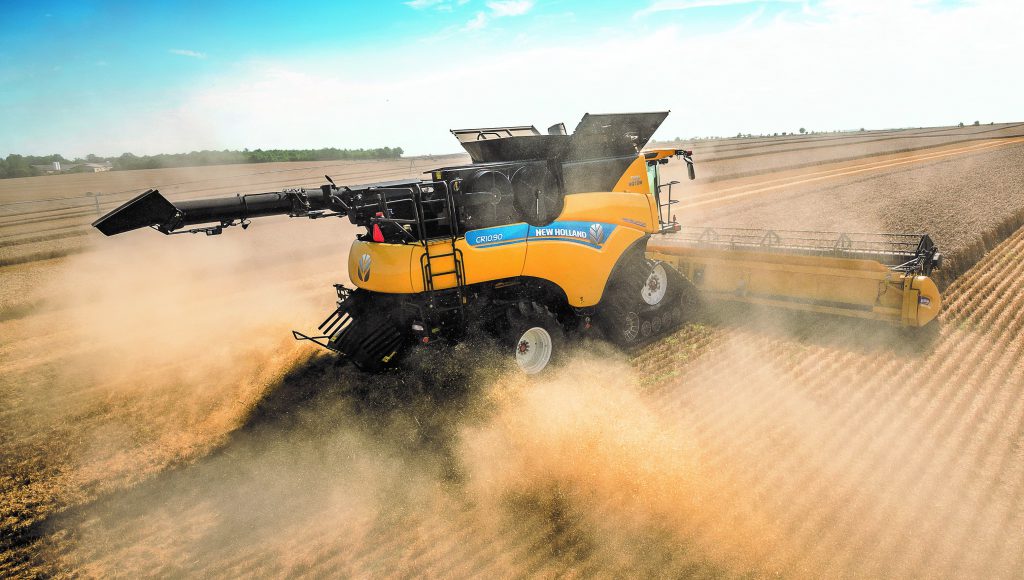 An in-cab concave reset facility is claimed to “dramatically reduce downtime”. This is said to make resetting the concave “easy and fast”; the operator just empties the rotors, stops the combine, re-sets the concaves automatically and resumes harvesting – apparently saving up to 20 minutes that doing the operation manually would require. 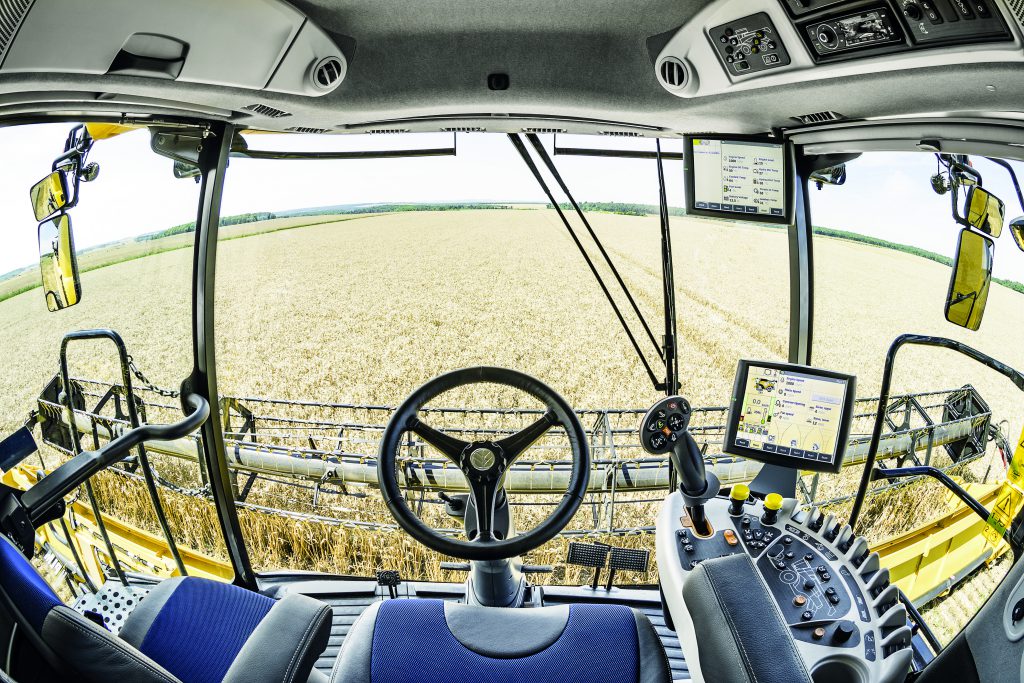 The three models at the top of the range also feature ‘Twin Pitch Plus’ rotors.

The new CR models also feature a new residue management system; it’s said to deliver a “finer chop, wider spread and better distribution”. The improvements to the chopper include a reinforced rotor, longer counter knives and increased chopper speed. This, says New Holland, leads to a finer sample and a 50% reduction in the amount of long straw. 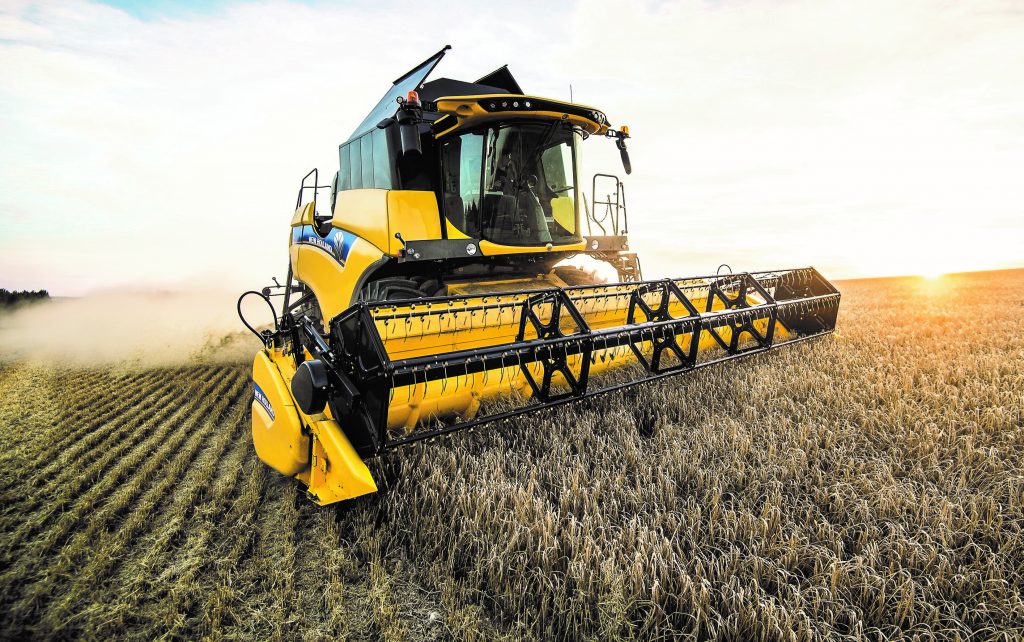 Sorensen explained: “The CX5 and CX6 Series offers a wide range of features and adaptation possibilities that can address every harvesting situation. Features include fixed or ‘Smart Sieve’ self-levelling cleaning shoes; Autofloat II systems; and a wide choice of headers – such as ‘High-Capacity’, ‘Varifeed’, ‘Flex’ and ‘Draper’ options. 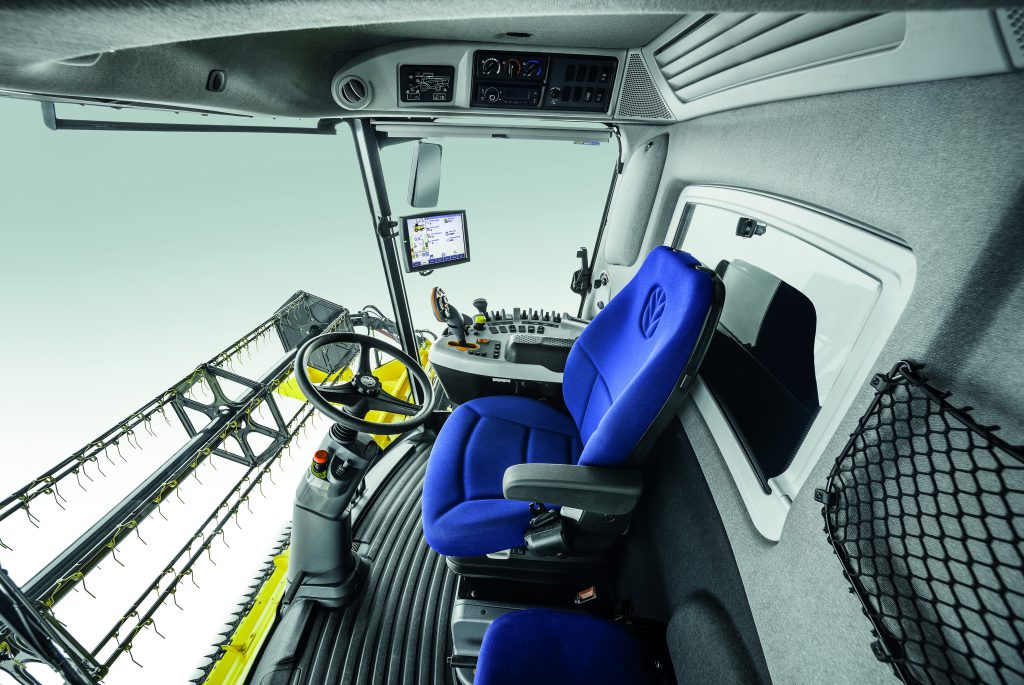 The CX5 and CX6 Series also come in standard, ‘Smart Sieve’, ‘Laterale’ and ‘Hillside’ versions – to cater for all sorts of terrain.

New Holland’s patented Smart Sieve system controls the lateral movement of the sieve, according to the degree of the slope and the size of the grains. It maintains “maximum cleaning efficiency on slopes up to 25%”.

Operators in hilly conditions – beyond what we typically experience here in Ireland – can opt for the CX5.90 and CX6.90 Laterale versions. These incorporate New Holland’s automatic leveling system; it provides transversal slope correction of up to 18% – on both sides. 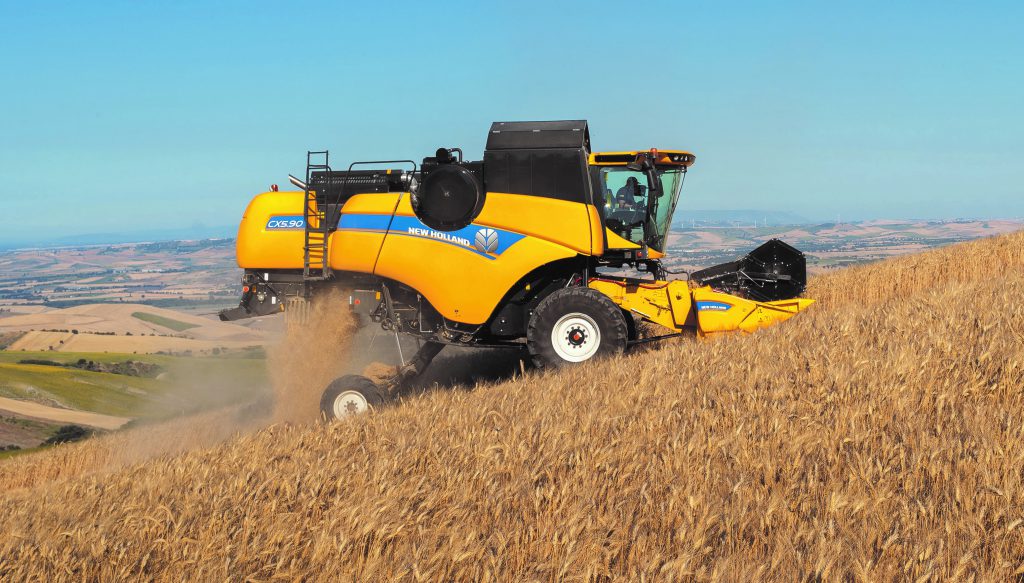 For severe hillside conditions, the CX5.90 Hillside has two independent hydraulic systems – one for lateral slope correction, the other for longitudinal correction. At all times, the wheels remain vertical.