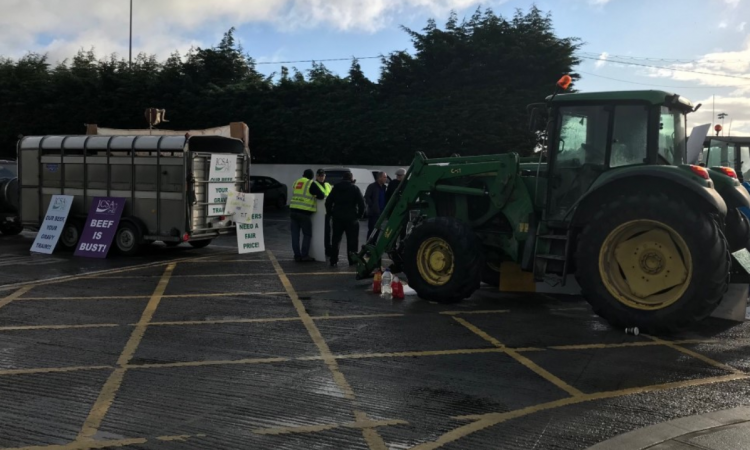 Representatives from the Irish Cattle and Sheep Farmers’ Association (ICSA) and Kepak Athleague, Co. Roscommon, will continue to engage in talks on Thursday, July 4, after a “robust exchange of views” last night.

The ICSA began protesting against the current price conditions for lamb on Sunday, June 30. Other farm organisations also joined the protest at different times, which continued overnight into Monday.

The protest has now been called off following discussions between Kepak Athleague management and ICSA members, which began yesterday (Monday) evening.

Both sides agreed that current prices were wholly unsatisfactory from a farmer’s perspective.

“ICSA is insisting that the continuous severe cuts on sheep price cannot continue and that sheep farmers cannot be expected to lose money,” said ICSA sheep chairman Sean McNamara, who led the delegation.

“We also had a strong exchange of views on weight limits, which at 20.5kg are totally unreasonable at this time of year,” he added.

“The protest is off now pending talks on Thursday,” said McNamara, but he warned that if prices “continue to fall there are no guarantees that there won’t be further protests at various meat plants in the coming weeks”.

The ICSA were joined at the protest by members of the Beef Plan Movement yesterday afternoon, who had placards and posters of their own.

McNamara spoke to AgriLand yesterday morning, and said: “There’s a very poor price being paid for lambs at the moment; lambs are back, at this particular plant, €1.20/kg from last year, which is the equivalent of a €22 difference between now and this time last year.

“We’ll keep pressure on them anyway,” he added. 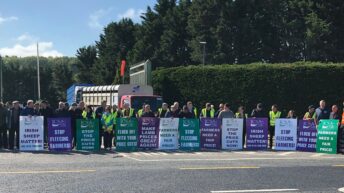