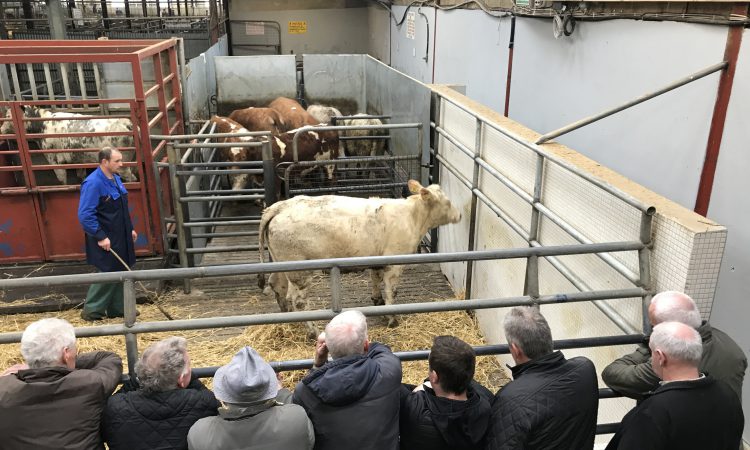 With the recent spell of good weather, farmers have been busy harvesting silage and hay. This has led to a lower attendance at marts across the country resulting in a slight ease in the prices achieved by some cattle.

The market for plainer stock has eased, but quality lots are holding their own. With the weakening beef price, demand for forward store cattle has slowed – especially in the case of steers and heifers.

Continental cattle are in the driving seat when it comes to the best prices, with poorer-quality cattle taking a hit at the ringside.

However, the prices achieved by cows in the marts have held well, again with continental lots coming out on top. Beef cows are popular, but like the case for steers and heifers, forward store cow prices are easier.

Moving to weanlings, there is little difference in the prices achieved by bulls and heifers – with quality being the main driver of prices.

Three rings were in operation at Balla Mart on Saturday last, June 29, and the trade was reported to be holding well despite the external factors.

A number of good-quality Charolais bullocks were reported to be in demand, according to the mart’s manager Michael Murphy.

A good turnout of heifers was reported, with the trade similar to the previous week’s sale.

In addition, some 80 cows went under the hammer last week and the best of these was a February-2014 born, Limousin cow; she sold for €1,690/head.

A smaller entry of cattle was recorded in Raphoe Mart on Thursday last, June 27 – mainly due to the good weather conditions keeping farmers busy at silage and haymaking duties.

However, the trade was reported to be strong, with all types of cattle in demand by farmers, agents and feedlot buyers, according to the mart’s manager Anne Harkin.

Bullocks and bulls were reported to sell up to €905 along with the weight and heifers made a top call of €845 over.

Lower numbers of heifers were reported at Ennis Mart on Thursday last, June 27, mainly due to farmers cutting silage and getting field work completed, with the trade slightly easier.

There was also a large entry of heavier and aged cattle.

There was little change in the numbers entered into Ballinrobe Mart on Wednesday last, June 26. 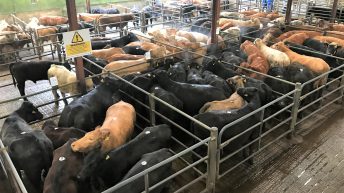 Castlerea Mart: ‘Forward cattle ease on the back of weakening beef prices’