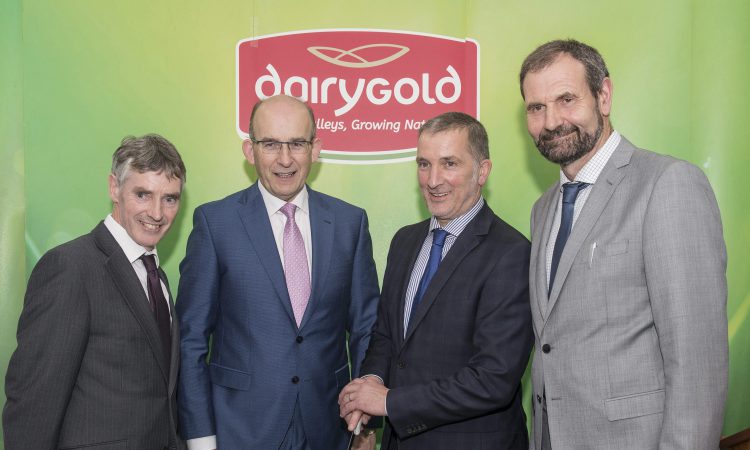 The centenary of the foundation of the Mitchelstown Co-Operative Agricultural Society Limited was marked by Dairygold with an event at its headquarters in Mitchelstown, Co. Cork yesterday, Thursday, September 26.

Secretary general of the Department of Agriculture, Food and the Marine, Brendan Gleeson, was in attendance to commemorate the event as well as former leaders of the co-Operative, founding members and their successors.

To mark the occasion Dairygold established an in-house collection of memorabilia at its Clonmel Road offices displaying a variety of old photographs and documents from the Mitchelstown Co-op era.

And in addition, the southern processor also commissioned a commemorative book, “Mitchelstown Co-Operative Agricultural Society Ltd A History 1919-1990”, written by Limerick historian, John Hough, who himself is a shareholder member of the society.

Speaking at the event, Gleeson said: “A centenary celebration is a significant milestone for any business but to be celebrating a 100th anniversary as a successful, profitable and growing business is an achievement worth noting.

Dairygold Co-op and its predecessor Mitchelstown Co-op, whose anniversary we celebrate, can lay claim to that distinction.

The co-operative dairy industry has been a leading light in supporting rural farming life and employment across the Munster region over the generations.

“I have no doubt that we will continue to witness the ongoing success into the next 100 years.”

Speaking about the event, Dairygold chairman John O’Gorman said: “It’s important to mark how far the co-operative has come in the past 100 years and, as we look to the future for the society, we reflect on the triumphs and people that have gotten us to this point.”

Dairygold chief executive Jim Woulfe also commented, adding: “Our dairy and agri industry has changed dramatically in the past 100 years – and even more so in recent years.

“I believe with the prudent investments we’ve made in research, innovation and best in class dairy facilities, we will see this co-operative go from strength to strength as it enters its next century.” 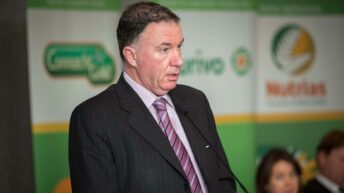