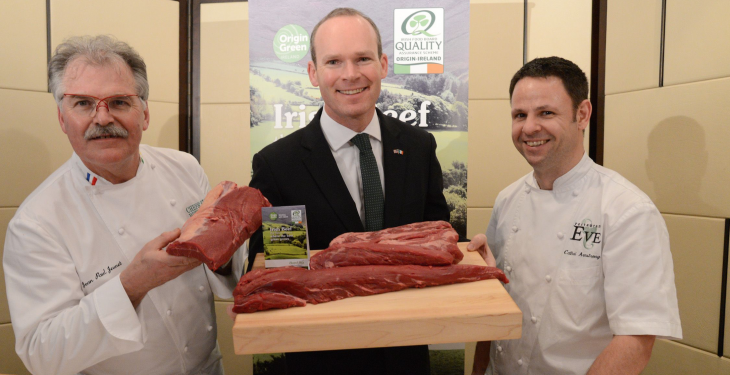 Following a series of high level meetings with key American meat buyers, the Minister for Agriculture Simon Coveney said he was ‘taken aback’ by the level of interest in Irish beef.

The Minister met the representatives of key meat purchasers in the US including well known business names such as Walmart, DeBragga and Amboy.

Speaking following the meetings, the Minister said, the companies seemed to be really interested in the Irish beef story.

“They want the product now,” he said.

According to Minister Coveney, most of the buyers wanted to know when they can get Irish beef and were curious to know off Ireland’s plans to distribute the product.

There was almost a kind of competitive element, the Minister said, with American meat purchasers worried about being left out at the start when this product is introduced because they want to provide their customers.

The Minister said the buyers were looking to target the product at chefs and certain high-end retail outlets.

“That’s exactly where we want to be – where there is a sort of scarcity of product and where people will pay a bit more for it.”

He also emphasised the need to build the business relationships between the Irish industry players and US buyers that could be the basis of medium- and long-term supply relationships,