Two years ago, Co. Meath farmer John Smith was treating at least 20% of his calves for pneumonia with expensive drugs.

Currently milking 100 cows; 10% of the Smith herd calve in the autumn: the remainder in the spring.

After years rearing dairy heifer replacements John says that he found keeping calves healthy was a constant drain both in time, labour and financially.

He decided then it was time to make some changes and called in his local vet, Ciaran Mellett, for some help and advice on tackling pneumonia in the calves.

According to Ciaran, there isn’t a ‘silver bullet’ solution so his approach is to do a full review; calf immunity, the environment (shed stocking rate, bedding and most importantly ventilation), and sampling diseased calves to get a handle on the bugs involved.

“With an approach involving improvements in all of these factors we can make huge strides, tipping the balance in favour of health and production rather than disease, treatment and reduced weight gain,” he says.

Following a review of the whole calf rearing operation on the Smith farm, Ciaran and John recognised that there were some issues with the housing and calf management

Housing
John’s calf housing was not purpose built and, like on many farms, had been adapted to suit the farms needs over the years.

They decided to alter the building in a number of ways, including creating 10 individual pens for the first week of a calf’s life to ensure they all get a good start and are drinking well before being vaccinated with an intranasal vaccine and moved into a group pen.

In the group pens they have created microclimates to increase calf comfort.

“This is a lofted area, which provides the young calves with an airy environment, but which is draft free,” says John .

“The calves can come out from this area for feeding purposes and exercise.”

Vaccination
Following experiences on other farms both John and his vet decided a vaccination programme would help tip the balance in their favour.

John has since been using Rispoval RS Pi3 Intranasal in all calves.

“Once I have a batch of five calves over nine days of age, we vaccinate them intra nasally. It’s quick and easy,” he says. 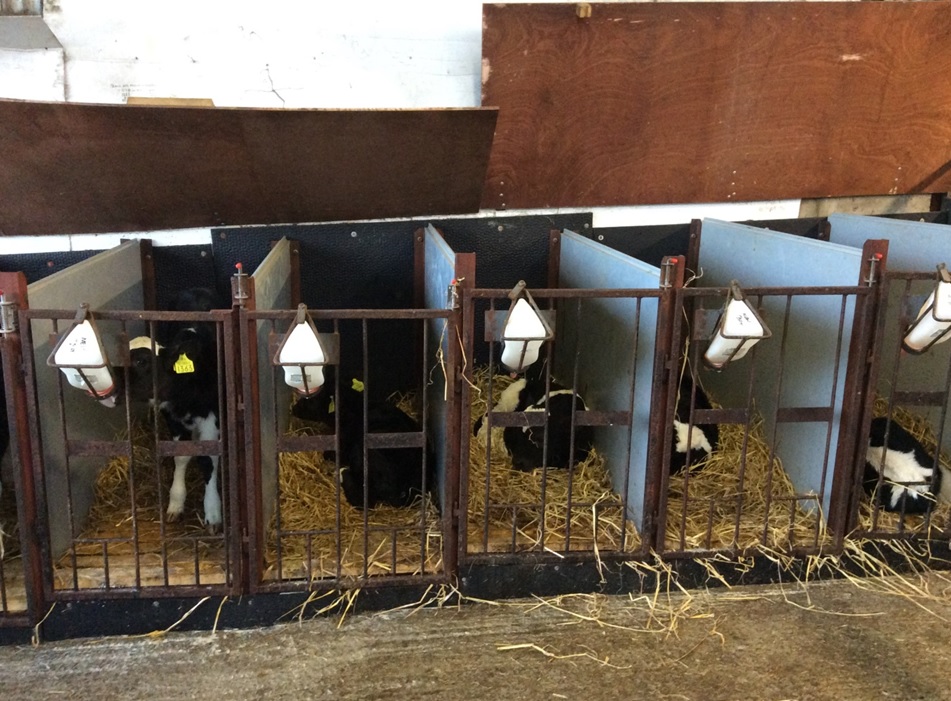 Calves are kept in individual pens until they are sucking well and have been vaccinated with Rispoval RS Pi3 Intranasal.

Results
According to John, since he made the changes to the calf rearing operation the farm has had almost no pneumonia.

John said he can’t afford to have any illness in the calves as he wants to achieve over 0.8kg growth per day from birth to service, to ensure they hit their target weights and come bulling at the start of the breeding period.

“We started the vaccination and shed redesign programme two years ago,” he says.

“It has allowed us obtain average growth rates of up to 0.9kg/day with our replacement heifers. This, in turn, ensures that we can now successfully calve down our replacements at 24 months and at the beginning of the calving period.

“It is crucially important to give calves the best possible start. And, with this in mind, we ensure that all the newborns get as much top quality colostrum as possible within two hours of birth.”