Minister Calleary called on to make generational renewal a priority

The new Minister for Agriculture, Food and the Marine, Dara Calleary, has been called on to make generational renewal one of his priorities, as well as a range of other issues relating to young farmers.

Reacting to his appointment yesterday, Wednesday, June 15, Macra na Feirme president Thomas Duffy welcomed the minister to his new role, adding that he was “looking forward to discussing the issues that matter to young farmers”.

“We congratulate Minister Calleary on his appointment as Minister for Agriculture… We are looking forward to meeting and discussing the concerns of young farmers,” Duffy said.

It is a critical time for several matters facing young farmers, such as the upcoming CAP [Common Agricultural Policy] discussions at home and at the European level.

Macra also highlighted the issues of Irish commitment to funding for the National Reserve, as well as land mobility.

“Young farmers have clearly been identified as key in the recent needs analysis carried out by the department as part of the CAP consultation. Now we need to see the financial commitment to deliver on those needs,” Duffy added.

Following the appointment of Calleary yesterday, most farm organisations have issued their responses, welcoming the new minister but also pointing out the issues he will face in the role.

It is vital that the new minister stresses the importance of this to the Taoiseach, who will be representing Ireland at the meeting.

Meanwhile, the president of the Irish Natura and Hill Farmers’ Association (INHFA), Colm O’Donnell, also welcomed the appointment of Dara Calleary to the position of Minister for Agriculture, saying: “It brings the focus back entirely to the serious business of farming.”

He added that the CAP budget needs to be a key area of focus for the new minister, with the delivery of “a more equitable and fairer distribution of payments, along with finding new export markets post-Brexit”. 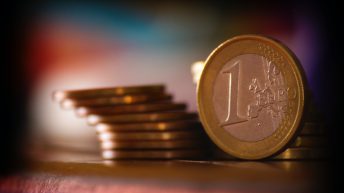