Quain believes that ongoing increases in dairy product prices at recent GDT events – particularly butter – over the course of September should deliver a further price increase for Irish dairy farmers in their September milk payment.

The price increases witnessed at GDT auctions in September follow on from “sustained increases” in the last six months, he added.

Explaining the price index fall at the latest GDT auction, Quain said that some price slippages in skimmed milk powder (SMP) and whole milk powder (WMP) were overstated in the overall GDT index.

But he maintained that underlying European and Dutch market indicators continued to perform strongly.

Commenting on the prospects of a September milk price increase, Quain said: “The overwhelming evidence from the market is positive and indicates returns over and above where current milk prices in Ireland stand.

“The ICMSA expects to see that reality reflected in a minimum price of 37c/L and Ireland moving up the EU milk price league from its present poor 11th position for the highest paying processor – a position which is unacceptable given our investment in moving to value-added processing and our unique grass-based marketing advantage,” he concluded. 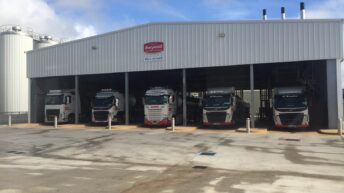