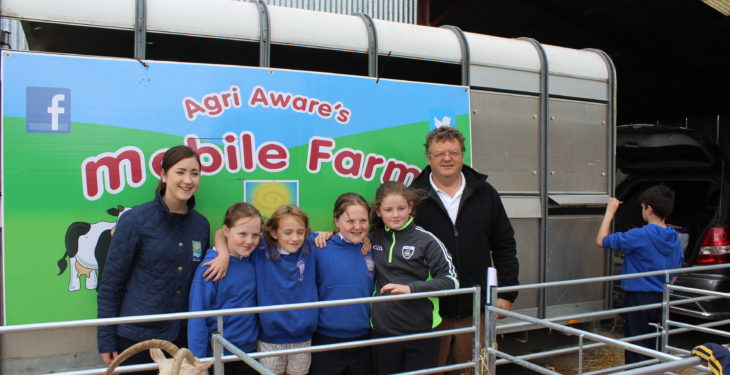 Suckler and forestry farmer Pat Hennessy is driving awareness of farm animals and their role in producing quality food through AgriAware’s mobile farm.

The Co. Laois man has just taken over the operation of one of AgriAware’s mobile farms.

A lot of his work will consist of bringing the mobile farm to schools. However, there is plenty to keep him busy during the summer holidays.

“Every Saturday and Sunday during July and August, I am at Castletown House, Celbridge, where the animals are put into their farmyard.

“We also cover the agricultural shows, such as Nenagh, Mullingar and Cavan,” says Hennessy, a former county chairman of the Irish Farmers’ Association (IFA).

He farms 160ac, including some rented land, as well as 100ac of mature forestry. Life on the road provides added interest to his farming calendar.

“The response has been very enthusiastic. At Mullingar show, there was a really positive reaction from teachers and parents who are on school boards.

“They were very interested in the idea of the mobile farm and the aim of promoting the ‘farm to fork’ concept.

“It is a chance for children to learn about animals, such as pigs and sheep, and to see how they are reared and managed on farms.

“You can lecture away in a classroom, but it’s not the same as being around a calf or a pig pen and seeing them being fed.”

Shedding a light on agriculture

There can be a real sense of disconnection with livestock and the food chain, Hennessy finds. “In some cases, people don’t know the difference between a cow and a calf.

I was at the Flavours of Fingal show, that attracted around 80,000 people over the two days, and most of the attendants had never been near a farm animal before.

“It’s great to see children getting really interested and asking questions, such as where rashers come from. Of course, a lot of children and parents don’t want to make that link.”

One of the best levels of interaction he has seen so far involved a group of international children from a school in Sandyford, Dublin, visiting the dairy farm of John Murphy in Craanford, Co. Wexford, recently. “They had never been near farm animals previously and their level of questioning was unreal.

“It’s interesting to hear the perspective of children from countries such as Romania, where they still use traditional farming methods, similar to ours in the 1950s, rather than intensive farming. Here, things have got so specialised that a dairy farmer may not know anything about pigs or sheep.”

It’s not just city kids that can be lacking knowledge of farm animals; some rural children are so sheltered that they too are removed from all things agricultural, according to Hennessy.

The whole emphasis on farm safety and the message that farms are not playgrounds are seeing some parents so worried that children have little engagement with animals, Hennessy says.

“It’s a difficult one. On the one hand, you’re not going to bring in a fellow of 19 and say, ‘now you can farm’. But if you are not brought up with animals, it will be harder to start at that stage.

“People say builders don’t bring their children onto construction sites, but unless children are brought up with animals, they won’t recognise sick or stressed stock.”

However, Hennessy very much believes in the farm safety message that is being promoted at present.

“When I was a child, it was mostly horses that were around us and you would hear everything going on around you. Now machinery is very high-powered and it’s hard to see and hear everything that is going on in the farmyard,” he concludes. 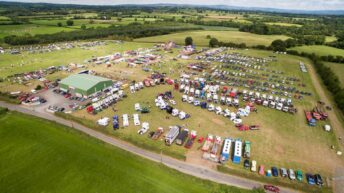