Mental health: ‘He’d rather see me sell the land than go to the graveyard to talk to me’ 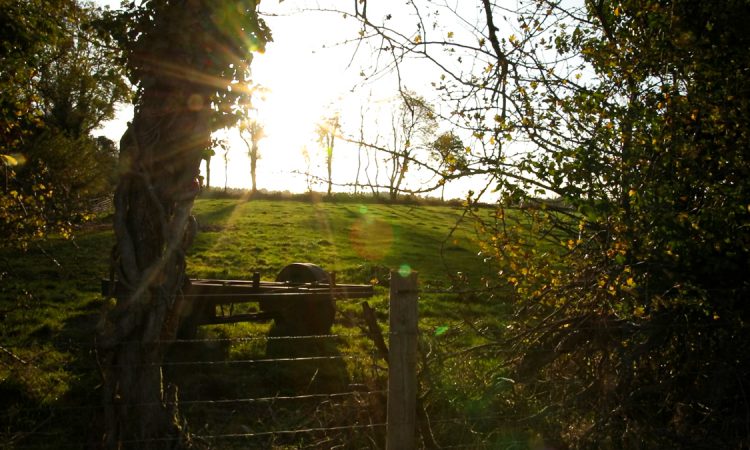 There can be heavy burdens experienced by farmers; and a burden that may begin as solely financial, has the potential to evolve and become something that impacts their mental health.

Mattie White, a farmer from Co. Wexford, knows all too well how this can happen. Steeped in debt back in the early part of the last decade, his mental health struggles brought him to the point where he thought there was only one way out of it.

But thankfully, he lives to tell the tale.

AgriLand spoke to White, the man doing his bit to start conversations on mental ill health in a bid to break down the stigma surrounding it. He said:

It’s not an agricultural problem, absolutely not – but it’s a sector that could do with talking about it more.

“There shouldn’t be a difference in saying you’re going to a doctor about your mental health than going to the doctor about the flu. There’s no difference. There is nothing to be embarrassed about – it’s just that things got on top of you and you’re finding it hard to cope.

“I find that a lot of people don’t want sympathy, they just want acceptance.

“I was at rock bottom but I came back from it and I’m here to tell my story and help others to do the same.”

White, along with his friend and fellow advocate Emma Jane Keyes, has set up a Facebook page simply called ‘Let’s talk about it’, prompting exactly that.

“We just want people to know that if they get in touch with us, they know who they’re talking to. They’re talking to someone who has been there and might be able to grasp where they’re coming from.

“It’s only the two of us at the moment – we’re doing our best but we hope to get some sort of support in the future.”

White says he has been battling with mental health issues since a young age.

“I never would have had great self-confidence. I would have found my school years tough enough, my mam was a teacher and we would have been held to a high standard and in that context I wouldn’t have been great at mixing – I was a shy person, I still actually am.

“Depression runs in my family. Suicide didn’t strike me until 2014 though.

“It started to come on quite badly when I found myself in a spot of bother with the bank. I started struggling big time then because I had approached the bank, over a loan of €40,000, and I was looking to get restructured over five years and they just wouldn’t budge on it – there was no forthcoming with it.”

White says when he first took over the farm in Bannow, he thought he was invincible – like many young farmers tend to.

“In my younger years, when I was more capable and more able, I had great passion and great drive,” he continued.

As the years went on, between prices and things and maybe I borrowed a bit more than I could afford to pay back, my plans went astray with stock losses and that, and slowly but surely I found myself lying awake at night worrying about the money and the debt and wondering what happens to the mortgage and everything.

‘I buried myself in the bank’

“It really hit me in one of the first meetings I had about it in the bank – myself and my wife, Jacqueline, were sitting there and the comment was made to me that I should be looking at the food I was buying to put on my table to cut my costs.

“I remember sitting there thinking ‘Christ – I’ve come in here, put my hands up and accepted I made a bloody mistake’.

“I got myself into the problem – it was my problem, no one else’s, I buried myself in the bank and it was up to me to clear it up.”

White has had to close his herd and try to build it back up after BVD (bovine viral diarrhoea) and IBR (infectious bovine rhinotracheitis) outbreaks.

“There were years where there was only 12 or 14 cows. It had been tough.

“But with the bank that day, I told Jacqueline to just sell the farm, sell the 25ac, I had just given up. You’re trying to make your life and your family better and tidy up the farm and you’re just being kicked down from every direction.”

‘It’s the deafening silence you are left with’

“I know now that the one thing about mental illness is that you become a master of disguise. I would go out and meet the world with a smile,” White continued.

“But as soon as I closed that door, at that time when I would have been at rock bottom, Jacqueline was working 20 miles away, she worked full-time and with my daughter in school I would have been here everyday by myself.

It’s the deafening silence that you are left with. I knew I had assets to dispose of and was luckier than many others, but having been given the farm by my parents, I felt like the one who lost it, I was letting people down.

“In 2013 I was talking to the auctioneer, and I told him my parents were the biggest concern. He told me he had spoken to my parents and my father had said he’d rather see me go and sell the land than go to the graveyard to talk to me.

“It struck me then: Is land really that important? But it’s in the blood; you’re born into this life. You work the land as a part of yourself.”

“It was never about the money.”

‘For 3 and a half hours, the tears would just not stop’

In the months and years that followed, White came close to taking his life.

“For some strange reason, I remember it felt like someone had hit me in the face with a sledge. I started crying and I couldn’t stop.

For three a half hours straight I just sat on a barrel in the shed and the tears would just not stop.

“Even though it was a lovely sunny evening, I could see no sun. Everything was dark. I knew I needed to seek help but I was too ashamed after losing the land. People say I didn’t lose it, but I did.”

White did seek help and things did get better. He now hopes to use his experience to help others.

“The biggest pill to swallow for anyone with mental health issues is that you have to get it sorted. That is so hard to accept because of the stigma around it. There’s so much shame attached to it,” White said.

I put my family through hell. But let me tell you – when you believe the only option for you is to take your life, then you are already in hell.

For anyone who is going through a hard time, White urges them to seek help, and to just talk to someone.

“I would say to anyone who is that far into the dark: Think of the 18th and 21st birthdays; holding your first grandchild; all the holidays; going for a pint with your child; the empty chair at Christmas dinner.”

For help or support visit: https://www.mentalhealthireland.ie. 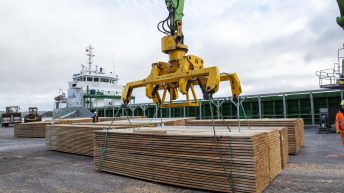