There are huge opportunities in dairy farming for people from all backgrounds, according to Colm O’Sullivan.

Speaking at the Positive Farmers Conference in Co. Cork recently, the Cork-native explained how he has started a dairy career without coming from a farming background.

This spring, O’Sullivan plans to milk 170 cows in Co. Kilkenny after entering a farm partnership in 2015, but he admitted his route to dairy farming has not been straightforward.

From an early age I had a keen interest in agriculture and I was generally found chasing tractors around the country side on my bicycle.

“I had initially chosen Agriculture in Kildalton, but chickened out at the last minute, as I felt there wouldn’t be a place for someone without land to fall back to,” he said.

O’Sullivan said he decided instead to begin a degree in construction, which he dropped out after two years.

After a period working on a neighbours suckler farm, his passion for working the land and livestock grew and so he decided to give farming another go and started in Kildalton Agricultural College in 2008.

“I was in my element, I enjoyed the material, I would take in as much information as possible, review notes in the evening, google what I didn’t know and ask lots of questions and challenge lecturers.

I would go home from the lectures in the evening and I would be buzzing. I was open to all the view points.

“One of the highlights of my time in college was my work experience, where I learned a huge amount about cows and grass. My work experience did change my life for the better,” he said.

During this period, O’Sullivan said, he first learned the value of hard work and the importance of building relationships with people.

However, he said that a good CV was going to be important if he was going to make it as a farmer due to the fact that he was from a farming background.

I knew that I would have to get an excellent education as I was starting from a blank canvass. I had three years done in Waterford and I wanted to spread my wings a little bit.

“In my attempt to stand out from the crowd, I decided to pursue my final year studies in the UK with the help of a €9,000 bank loan.”

After completing his degree, he said, he applied for the role of a trainee farm manager with a large farm management company in Devon.

“This to me looked like a potential dream job, as they offered a practical training course as well as the management position, on skills such as finance, animal husbandry, crops and people management.

I was making plenty of mistakes, but I took something from each of them and I begin to relish the challenges that were put in front of me,” he said. 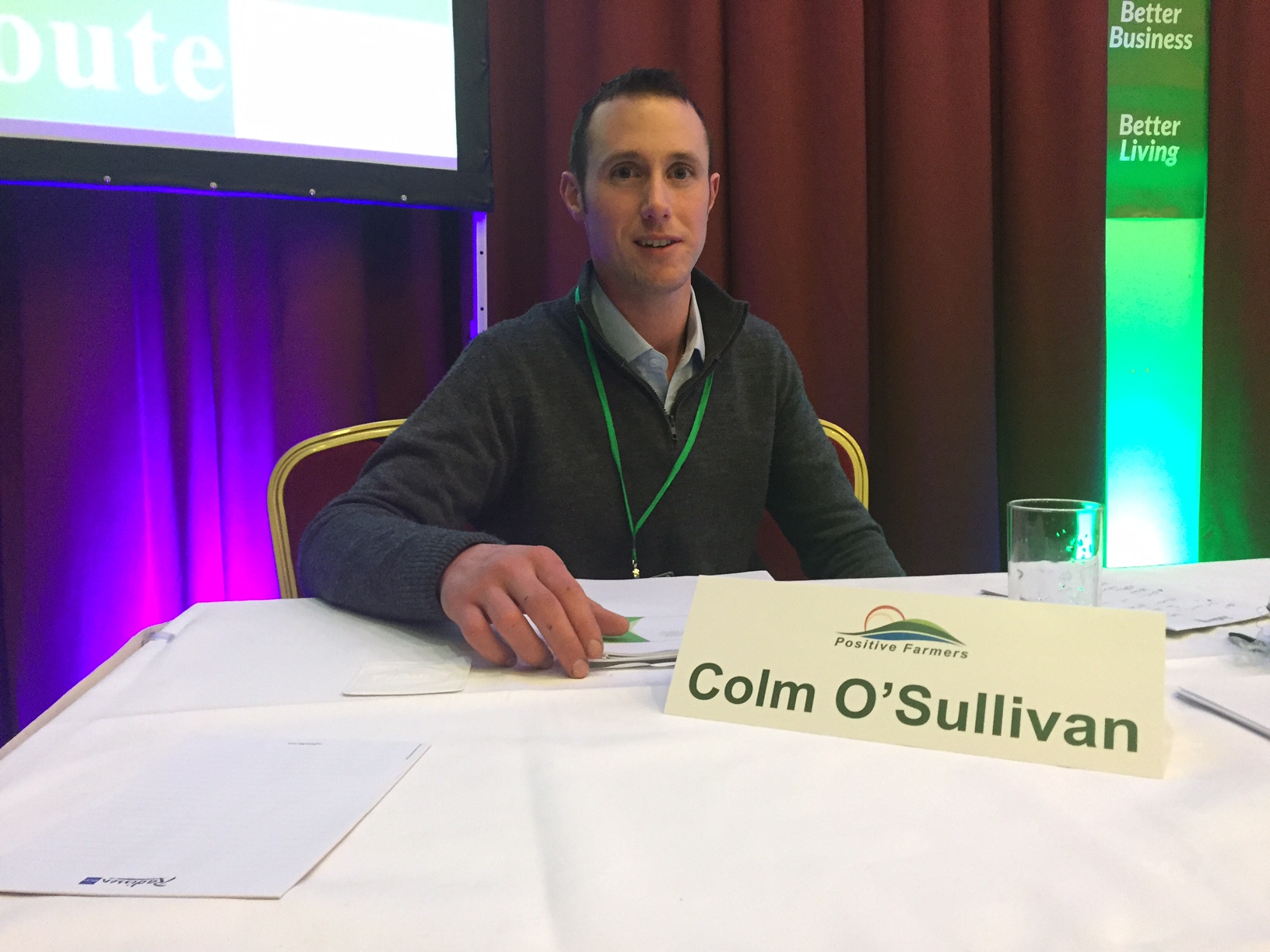 After finishing up on the 400 cow farm in Devon, O’Sullivan said he had a couple of offers on the table, but admitted that he was facing a dilemma as the next step was going to be critical for his development and progression.

“To succeed you need to get the big calls right, I got advice from a number of people but at the end of the day it must feel right for yourself,” he said.

Following this, he said, he decided to move to New Zealand to further his dairy farming career.

During this period, he spent time working on a 730 cow farm in Southland before moving on to manage a 1,100 cow herd on a 612ha platform.

I was able to tap into the intrinsic details of running a dairy business on a mega scale. I saw that relationships are key in business and I felt I could be part of a great one.

However, there was always a longing to come home to become a dairy farmer, he said, and as a result he returned back to Ireland in June 2015.

He admitted that accessing finance was difficult, but he started the partnership with €25,000 of his own savings and an unsecured loan from the bank.

O’Sullivan said that this was only possible as he had an excellent track record with the bank which was built up over years of proving he was a good saver which was critical to getting finance.

Ireland is back putting milk powder into intervention