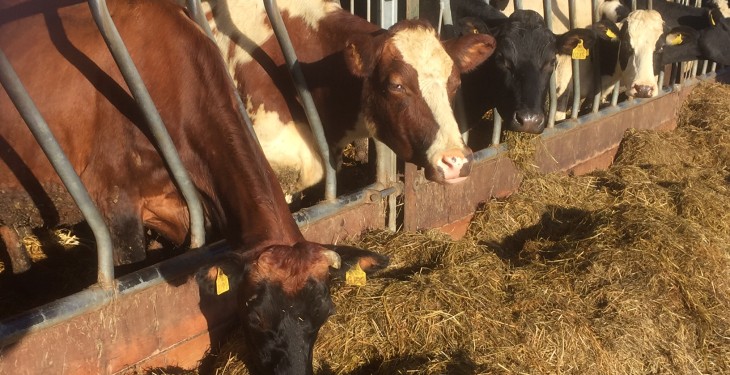 Irish dairy farms have the potential to double the average milk solids produced by their dairy cows within the next 20 years, according to Teagasc’s Donagh Berry.

Speaking at the recent Positive Farmers Conference which was held in Co. Cork, the Teagasc Geneticist said that 50% of these potential gains can come from the influence of genetics on Irish herds.

“The potential is there to double the milk solids yield per cow based solely on what we are doing. We can achieve this potential.

“Around 50% of the gains we will see are down to genetics. If we look at what has been achieved in Ireland since 1985, around half of the gains in milk solids have occurred due to genetics, he said.

Management is an important factor Irish farmers must consider to make the best use of this genetic potential, he said.

Irish dairy farmers should aim to increase the number of lactations each cow achieves on farm, as this will lead to increased milk solids production, Berry said.

On average dairy cows are achieving four lactations. There is a very small proportion of farmers achieving five-and-a-half lactations per cow.

He said that this is achievable for most dairy farms, as it is the same as having a replacement rate of 18%.

He also said that longer lactation length is another key driver of the milk solids each cow produces, but this is highly dependent on fertility.

Berry said that Ireland has the potential to have the most fertile herd in the world within the next 20 years and tlk of removing fertility from the EBI would have a negative impact on the national herd.

“Our gains in survival are eroding and eroding. If we reduce the weighting on fertility we are going backwards straight away,” he said.