Some 20 new herds have made it into the list of the top 200 herds based on Economic Breeding Index (EBI), the Irish Cattle Breeding Federation (ICBF) has said.

The latest list of top 200 herds based of EBI has seen no change at the top with the top three herds holding their position following the latest evaluation.

The Teagasc Next Generation herd sits in 28th position, with an EBI of €207.

There are now 54 herds with an EBI of €200 or more, which the ICBF said is an increase of 10 herds from the previous evaluation.

This top 200 saw 20 herds make the list for the first time with 93 herds climbing up the ranks, the list shows.

There are 64 herds from Cork on the list, 29 from Tipperary, 19 from Waterford, 14 from Kerry, 12 from Clare, 11 from Limerick, 10 from Kilkenny, 10 from Meath, five from Laois, four from Donegal, four from Cavan, four from Wexford, four from Offaly, three from Westmeath, two from Galway, one from Louth, one from Longford, one from Carlow, one from Kildare and one from Sligo. 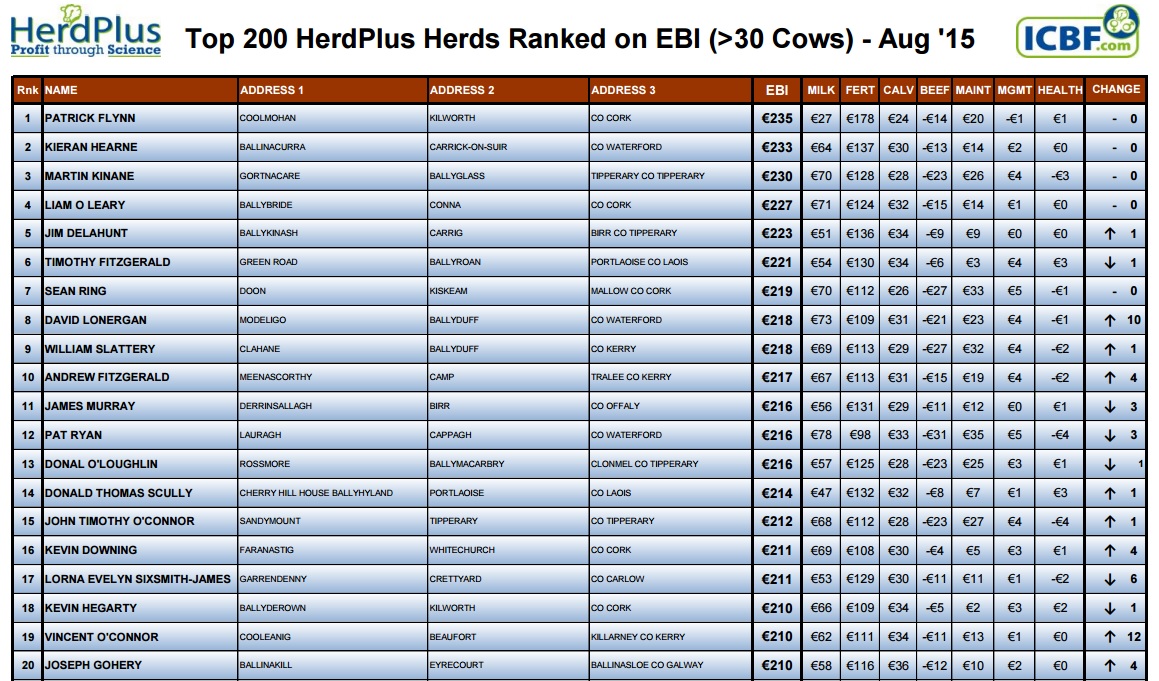 The top 200 herds can be viewed on the ICBF website here.