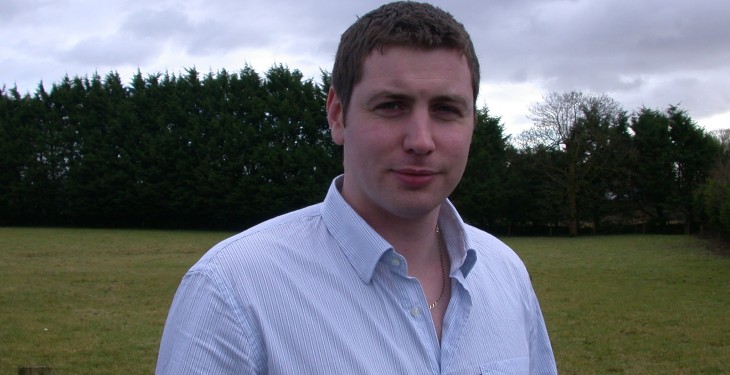 Teagasc has made a new appointment to its team of sheep specialists to cover the north east region.

Ciaran Lynch has been appointed as a Sheep Knowledge Transfer Specialist.

Teagasc has stated that he will be working closely with the other sheep specialists, Michael Gottstein and Frank Hynes as part of the Drystock Knowledge transfer team led by Pearse Kelly.

Based in the Teagasc office in Ballyhaise, Co. Cavan, Ciaran Lynch will be supporting the Teagasc Business and Technology drystock advisers, sheep farmers and the industry to improve the physical and financial performance on farms by increasing the adoption of technology at farm level.

He will work with Teagasc research teams in identifying and implementing relevant sheep research, and work with advisers to develop and expand the Sheep advisory programme in conjunction with the Drystock specialist team.

Other priorities include providing support for the Teagasc Sheep BETTER Farm Programme and contributing to the development of new industry initiatives, it stated.

Ciaran Lynch holds an honours degree in Agricultural Science (animal science) from University College Dublin and he is currently a council member of the Irish Grassland Association.

He is a native of Bailieborough in Co. Cavan, Ciaran and has worked previously as a technologist responsible for coordinating the Teagasc BETTER Farm Sheep Programme based in the Teagasc Animal and Grassland Research and Innovation Centre in Athenry, Co. Galway.

“There is great potential in the sheep industry. I will be working with my advisory and research colleagues in conjunction with our industry partners to improve the productivity, efficiency and profitability of sheep farms in Ireland,” Lynch said.