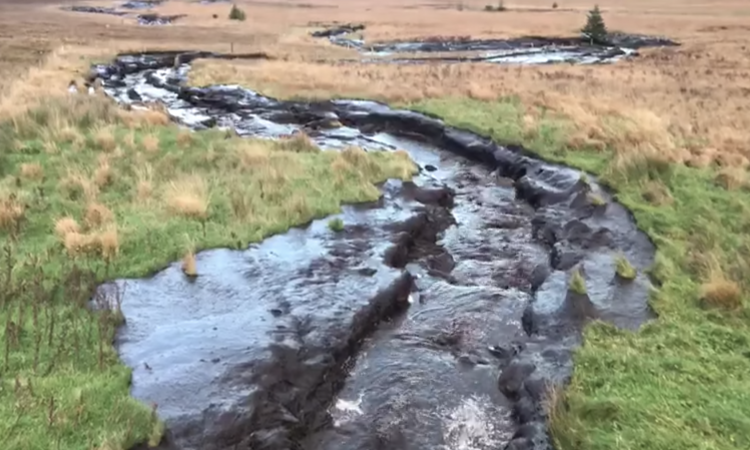 The Green Party has said it is “deeply concerned” over the peat slippage near the Meenbog Wind Farm, as it is a “significant pollution event”.

Meanwhile, the energy company involved in the development of the wind farm at the site has issued letters to residents outlining an additional proposed development at Meenbog, according to local representatives.

A cross-border multi-agency group has convened to co-ordinate a response to the landslide event, which occurred last weekend in Co. Donegal. The development of the wind farm site has been suspended as work to mitigate the impact of the bog slide and “reduce the risk of further slides” is underway.

Also Read: Meenbog Wind Farm peat slippage: ‘Who will clean up this mess?’

“We were deeply concerned to see the bog slide that has occurred in the townland of Meenbog, Ballybofey, Co. Donegal.

“The government recognises that this is a significant pollution event and so, a number of bodies on both sides of the border have come together to co-ordinate a full response.

“Minister Charlie McConalogue will be visiting the site in the coming days.

Our understanding is that the location of the bog slide is within the site of a wind farm that is under construction. The wind farm developer has suspended all works at the site with the exception of those that relate to mitigating the impact of the bog slide and reducing the risk of further slides.

“The multi-agency group will reconvene later in the week to review matters and further co-ordinate the response. Along with our colleagues in cabinet, we will keep a close eye on the situation, and if there are implications for national policy, we will respond accordingly.”

An additional development proposed for Meenbog

Speaking at the Joint Committee on Agriculture and the Marine, Sinn Féin TD Matt Carthy raised the issue, and referred to a copy of a letter in his possession which was supposedly dated November 12, 2020, and was issued to residents by the energy company involved in the wind farm currently being developed at Meenbog.

The letter enclosed information on wind energy and also outlined a proposed additional development at Meenbog.

Local councillor Gary Doherty said he is “completely astonished at the total disregard this shows for the people of the area and the hurt and upset this has caused to the community”. 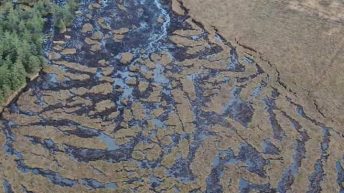