Joskin says from now on, it is possible to fit its Silo-SPACE silage trailers with a mechanical drive for the moving floor by P.T.O.-shaft and transmission box.

According to the company the main advantage of this system is especially its multifunctionality. It claims there are still less recent tractors around that do not have sufficient hydraulic power to drive the motors of the moving floor.

Joskin are also keen to point out another advantage is that the mechanical drive ensures a moving floor speed above 15 m/min and thus a quick unloading. It also says the “shredding beaters” option is compatible with the  new mechanical drive system.

The moving floor of the original Joskin Silo-Space silage trailers had been made up with 2 moving parts driven by 2 hydraulic motors (with lateral box).

In terms of driving comfort it says the standard mounted hitching suspension with parabolic leaves ensures comfort. Joskin also says thanks to the front face made of a galvanized and perforated plate with perspex plate, the user has a high visibility on the load. 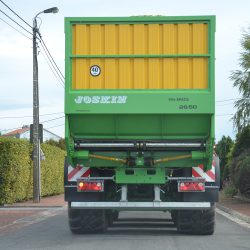 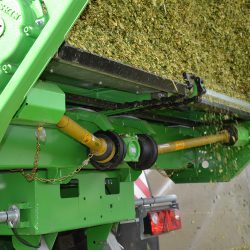 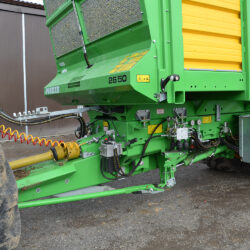 Organic Farming Scheme: ‘Is the juice worth the squeeze?’