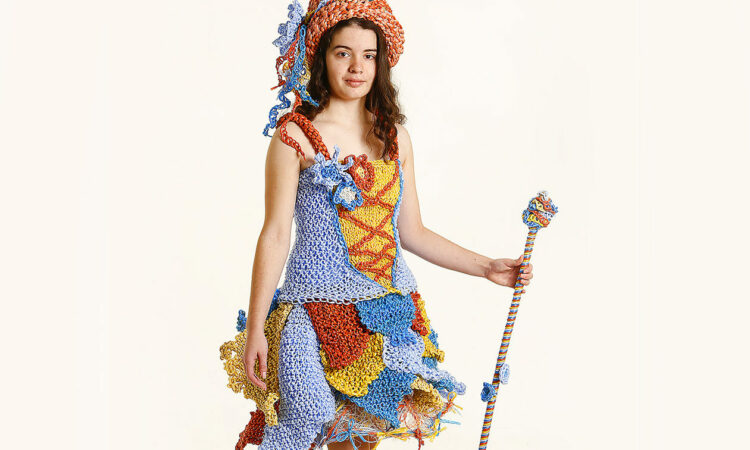 After putting baler twine to various uses on a farm summer job, a Meath student was inspired to create a dress from used twine for the Bank of Ireland Junk Kouture competition.

Elizabeth Hole, a transition year student at St. Oliver’s post primary school, Oldcastle, Co. Meath, is now through to the western final of the competition.

The all-Ireland competition for secondary school takes elements such as fashion, design, engineering and environmental sustainability and transforms them into a creative contest. It inspires young designers in second level education to use everyday junk materials to create striking works of wearable art.

My creation is titled ‘Entwined Endeavourment’. I came up with the idea from helping on the farm and also from my summer job where I work as a gardener part-time and picking up bailer twine is a huge job every day.

“Unfortunately, I don’t live on a farm. I worked the last two summers at Stackallen farm and gardens in Co. Meath, where beef cattle are raised and wheat and oats are grown. I mostly worked in the gardens there.

“I used various crafting skills to create my dress including knitting, crochet and macrame. My hat was made using rush-work weaves on a log for a mould. Trial and error featured greatly throughout,” said the 16-year-old. 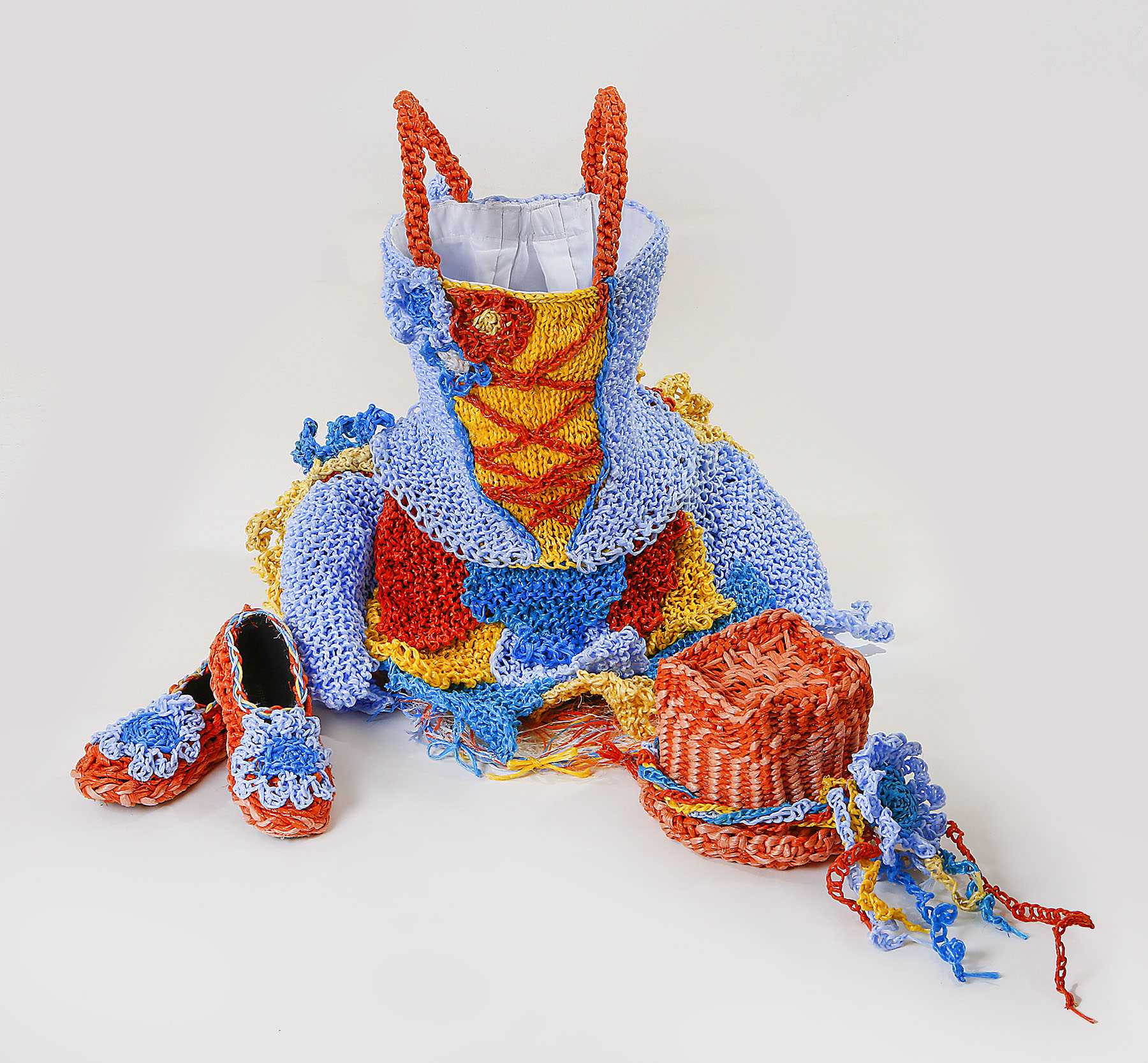 “I did the project on my own but the skills I used were taught to me by many different people. I learned knitting from the local ICA; rush basket making from my grandmother; crochet from primary school; and sewing from my mother,” Elizabeth said.

“It took three months to fully complete the dress. It was a very long process. A lot of it was repeating the same thing and the design was constantly changing as it went on. One challenge I did have to overcome was keeping it away from my cats who thought it was a great toy for them,” she said.

“I have now reached the regional finals which will be held in Castlebar, Co. Mayo, on March 7,” said a thrilled Elizabeth, who is currently in South Carolina in the US, shadowing a professor to get a taste of academic life as part of her work experience. She is considering a career in either business or teaching art.”

Voting on the Junk Kouture entries will take place until midnight this Friday (February 22), at www.boijunkkouture.com. 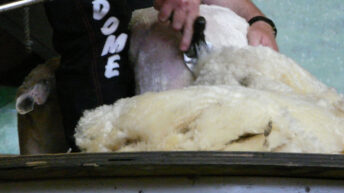