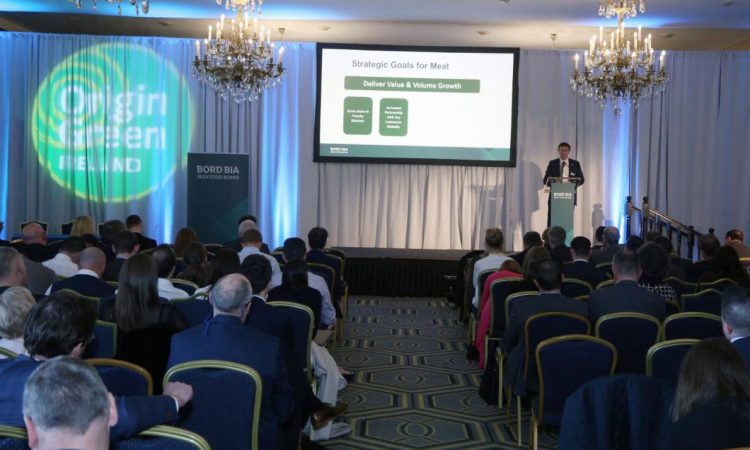 The Bord Bia Meat Marketing Seminar was held today, Friday, January 10, with several topics up for discussion, including the current market conditions for beef, sheepmeat and pigmeat.

Mark Zeig, the beef sector manager for Bord Bia, gave a rundown on what he acknowledged was a hard year for the that sector.

In terms of kill numbers, he highlighted the decrease that came about partially due to the farmer protests at meat factories.

The one sign of possible good news, according to Zeig, was an increase in carcass weights, due to improved grazing conditions compared to 2018, thanks to more stable weather.

Steers and cows put on “impressive weights”, he said, although the weight gain for heifers and young bulls was not quite as strong.

Looking at the cattle supplies, Zeig predicts a 40,000 head to 60,000 head decrease for the coming year.

Zeig also highlighted that the poor prices in Ireland were replicated throughout most of Europe, compared to the previous year.

This was also attributable to the landscape in the UK, where sterling differences and the economic impact of Brexit had an effect.

EU cattle production fell by 5% in 2019, attributable to changing consumption patterns on the continent – trends which will likely continue this year, according to the European Commission.

In Britain, the reduced consumption was partially down to increased consumer prices for beef.

On European imports of beef, the predominance of “competitively-priced” produce from Mercosur countries was a “bit of a worry”, according to Zeig.

Sheep numbers were down some 205,000 head in 2019, standing at almost 2.8 million head, according to Declan Fennel, the Bord Bia sheep sector manager.

Around 90,000 less hoggets were carried over from the previous year compared to the carry-over from 2017, while spring lamb numbers were down 20,000 head, and ewes and rams down almost 100,000 head.

The beef protests also resulted in disruption to this sector, with three of the five main exporting sheepmeat plants either totally or partially closed.

Some 390,000 sheep came across the border from Northern Ireland – a decrease of 33,000 – which accounted for 14% of the national throughput.

As with beef, there was an increase in average carcass weights – in fact, carcass weights reached a 10-year high. The increased weights helped to “negate” somewhat the reduced numbers.

Reasons for the reduced price include currency fluctuations, consumer trends and an “aggressive push” by UK farmers and exporters to move spring lambs before the old Brexit deadline of October 31.

Speaking about international market access, Fennell said “we are moving into interesting times” in relation to the Chinese market.

Peter Duggan gave an outline for the current state of the pig industry, and African swine fever (ASF) was the focal point of his comments.

He said that EU pig meat suppliers benefited “enormously” from the ASF epidemic in China, with EU pig supplies rising as a result of that demand. However, Duggan also pointed out that some of the demand is being filled be exports being diverted away from other destinations.

Looking at Ireland specifically, pig supplies at meat export plant level were, in fact, down 0.5%, and down 1.5% if live exports are take into account.

Although 2019 started off with low prices, both price and international demand rose significantly as the year progressed.

Duggan commented that ASF will continue to affect the market, with the disease continuing to have a presence in eastern Europe. This will leave European producers “cautious” given the growing proximity of ASF.

Duggan also spoke about the poultry sector, pointing out that the sector in Ireland saw record supplies in 2019, with some 106 million birds processed, and an increase in our exports of 5%.

He added, though, that output would be expected to slow in 2020. Duggan also warned about bird flu, citing the suspected case in Northern Ireland this week. 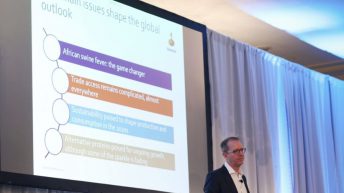