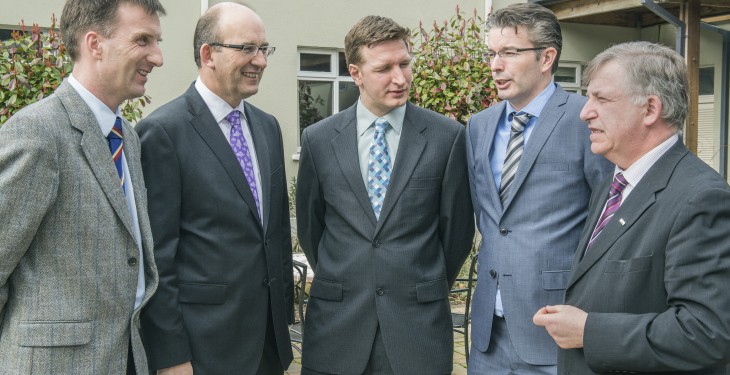 Teagasc is developing a new system that will be used to benchmark the expansion of individual Irish dairy farms against comparable farms from 2015 onward.

Teagasc’s Tom O’Dwyer outlined the new system called the Dairy Score Card at yesterday’s dairy expansion seminar in Tipperary. “Each Irish dairy farmer has different resources available to them, has different values, has a different range of skills, knowledge and aspirations, has a different attitude to risk and has their own definition of success,” he said.

“The trick to benchmarking is comparing apples with apples and oranges with oranges. The key is to compare similar farmers.”

O’Dwyer noted the achievement of key performance indicators (KPI’s) will result in sustainable milk production and these are the key elements of the score card. The results will be automatically generated and famers will only have to supply a minimum of figures including the key metrics only.

He stressed: “We won’t be asking farmers the same questions again.”

O’Dwyer said it is very important that the concept is accepted by all stakeholders and it is not just seen as another Teagasc report.

He was keen to highlight the score card is not about comparing systems. “No one system is best. The Dairy Scorecard is relevant for all systems. It is not a classification system.”

Teagasc outlined some KPIs have been chosen for the score card. They include grass in terms of kgs consumed; the cow in terms of six-week calving; EBI and survival in the herd; yield in terms of per cow and per ha; and the final KPI is cost per kg of milk.

The result of the score card will be profit per ha, which is the ultimate measure of performance.

Important for O’Dwyer is that the data is easily captured and that it involves minimum input from farmers. “It will be a web-based interactive tool. Each farmers will have his own individual logon.”

In addition, a key element of the score card will be that farmers will be able to choose what type of farmer he wants to be compared to. O’Dwyer cited as an example that a Cork farmer can compare his or her performance to other Cork farmers.

In terms of a timescale for its delivery, O’Dwyer said the score card is still in a development stage. Teagasc hope to have latest model developed by the end of the year, with a full roll out in 2015.