McGuinness: Some abattoirs ‘will just put animals in a skip’

Fine Gael MEP and First Vice-President of the European Parliament, Mairead McGuinness, has said on-farm slaughter capacity is important in the cases of animals that are not fit to be exported.

She was speaking at a meeting of the European Parliament Committee on Agriculture and Rural Development today, Monday December 3, where the welfare of animals during transport was discussed.

On the issue of casualty animals, that break a leg for example, on a farm. I know this is an issue for lots of farmers in my region, because there is the loss of the animal for them, which can be very significant if the animal is designated unfit to move, and there is no facility for slaughter on-farm.

“And indeed, sometimes the animal may be designated fit for movement, then will arrive at the abattoir, and the abattoir will just put it in a skip. Now this is good quality meat, and it’s a terrible waste and it’s very frustrating,” said McGuinness.

She added: “I think this idea of some on-farm slaughter capacity is important, or at least a provision for it, but it’s hard to know who would provide it.”

However, McGuinness said that the report was not comparing “like-for-like”, suggesting that Ireland’s high non-compliance figure is because of our strenuous inspections.

In addition, the representative from the European Parliamentary Research Service, who presented the report to the MEPs, pointed out that, in some countries, this figure was as low as 0% simply because “nothing has been checked, at least not reported”.

I know we have an awful lot of inspections, and they’re rigorous. So are we comparing like-for-like, and should other member states not have the same percentage?

The development of local and regional abattoirs was also a major thread of the debate; many MEPs argued that such developments could de-incentivise exports to abattoirs further afield.

McGuinness, however, did not see this as a viable solution.

I hear colleagues saying we should have more regional abattoirs. But again, the experience we’ve all had is that these abattoirs close down.

She continued: “Sometimes the local authorities close them down for food safety reasons, where they require a huge investment, and it’s not worth the abattoir owner investing in it, so can we do anything about it?

“There’s no point saying anything about it if we’re not able to do something about it,” McGuinness concluded. 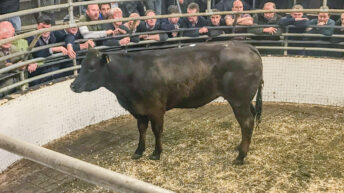