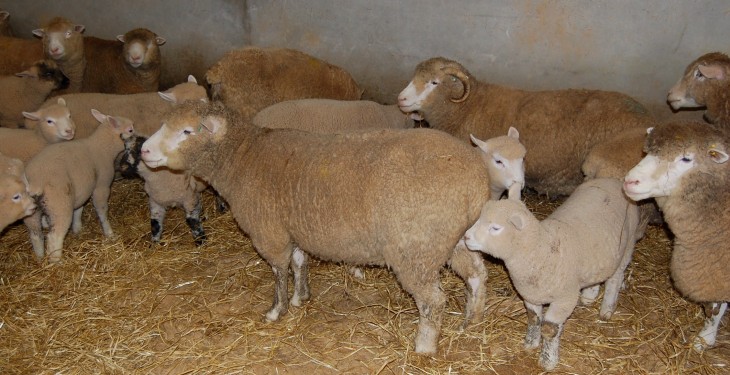 Ewes that are due to start lambing in early January are now entering into the last eight weeks of pregnancy. And, according to Teagasc’s Michael Gottstein, this period signals the start of pre-lambing feeding and various veterinary tasks that should be completed.

“Adequate ewe nutrition in the last six to eight weeks pre lambing is essential to both the wellbeing of the ewe, her ability to milk post lambing and the birth weight of the lamb. From a nutrition point of view the past six to eight weeks can be further broken down into two periods. The first period is the period up to three weeks prior to lambing. At this stage the main requirement for the ewe is energy,” he commented.

The Teagasc representative went on to point out that during the past two to three weeks prior to lambing there is an increased requirement for both protein (200 gms per day) and energy (1.3 UFL). Failure to supply adequate protein and energy can lead to ewes going down with twin lamb disease, having less than adequate milk at lambing time and undersized lambs.

Next to nutrition the whole area of healthcare also becomes very important. On farms with a history of fluke a pre lambing treatment should be planned.

Gottstein again: “Where this has not already happened in recent weeks it may be given in conjunction with the clostridial booster vaccine. If ewes are housed prior to lambing select a flukicide that is effective against immature fluke that were picked up before housing. This will reduce the number of treatments required later on. We are no longer recommending routine dosing of adult ewes for stomach worms due to the increased levels of resistance to anthelmintics that are being found in Irish sheep flocks. For this reason the use of combined fluke and worm drenches for routine dosing of the adult ewes is not recommended.”