Silage pits open across the country 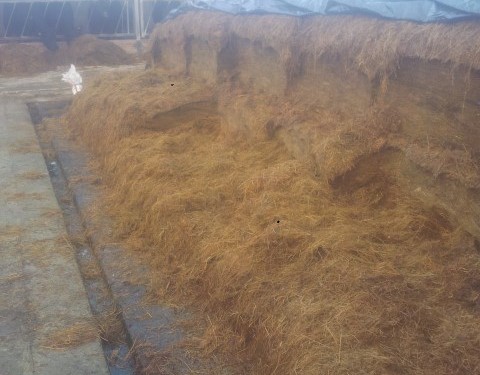 Farmers nationwide will be pulling back the covers on their silage pits this week. This is on the back of deteriorating ground conditions on farms and sub-zero temperatures in some areas at night.

The weather for this week according to Met Eireann is set to offer little comfort to farmers hoping to prolong the grazing season with low temperatures and rain forecast most days. Today’s cold start is set to give way to scattered showers and cloudy conditions, particularly in the southwest and west later this afternoon. The day will remain cool with highest temperatures of eight to 12 degrees Celsius.

Met Eireann forecasts further spells of rain tonight, however it is expected there will be no frost with lowest temperatures four to seven degrees Celsius.

Tuesday will be a mixed day with cloud and bright spells. Scattered showers will be prevalent however some parts will remain dry. A fresh to strong westerly wind will make it feel rather cool. With highest temperatures eight-12 degrees, Met Eireann noted.

Wednesday will begin mainly dry and bright, however, rain will spread across the country in the afternoon and evening. The rain will clear overnight and it may be cold enough for a slight grass frost.

Thursday is forecast to start wet with a spell of rain moving across the country in the morning. This will give way to showers in the afternoon. Friday is predicted to be showery in many parts of the West. The east is expected to remain dry. Further rain is forecast for Saturday, although at this stage Met Eireann said a drier and less windy day is possible on Sunday.