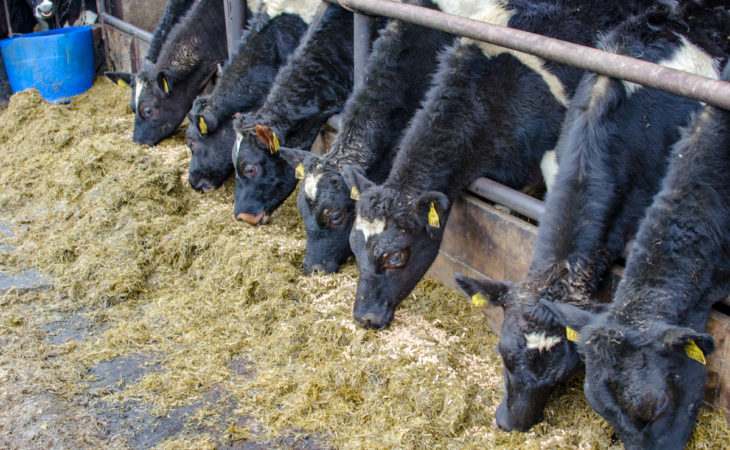 Similar to a lot of cattle farms around the country, Jarlath and Austin Ruane have been preparing their herd for the wintering period over the past number of weeks – while also taking a look back at what has been a successful grazing season.

Being participants of the Teagasc Green Acres Calf-to-Beef Programme, the Ruane’s are operating a calf-to-beef system which has seen them rear 60 Holstein Friesian, Limousin and early-maturing calves that were purchased last spring.

The plan for calves is to carry them right through to slaughter at ages from 21 to 30 months-old. Not being solely reliant on its cattle production, the farm also runs a flock of 45 ewes, lambing in mid-season.

This year the Ruanes moved away from the traditional milk feeding methods and instead opted to use an automatic milk feeder. This method was used with great success and provided the calves with an ideal start to progress on and thrive.

As they were being housed recently, the 60 calves were weighed in order to monitor their performance and aid planning for the winter feeding period ahead.

The results illustrated that the calves achieved an average weight of 245kg, which exceeded the 209kg specific target that had been set for the group.

Breaking this down further, it can be calculated that the calves reached an average daily live weight gain (ADG) of 1.04kg from mid-season to housing (see table below).

This success in performance has been attributed to the successful calf rearing period, along with good grassland and health management in the second half of the grazing season.

The reintroduction of meal into the calves’ diets back in August, following a natural diminishing of grass quality and dry matter, was also a contributing factor to the excel in their weight gain target.

The Ruanes now aim to reach a target ADG of 0.6kg over the winter period for their calves. This will mean at 12-months-old, the calves should be weighing on average 312kg with a planned turn-out date of March 1. This date is slightly later than average for young stock on calf-to-beef farms but has been set to suit the norm in the west of Ireland.

Both the calves weight at housing and the desired weight at turn-out are two major factors that influence the diet which these animals will be fed over the winter.

Placing a strong emphasis on both silage quality and forage analysis is a key element in participating in the Teagasc Green Acres Programme. The reason for this being that achieving profitability within calf-to-beef systems is integrally based on having high-quality silage available.

The feeding plan on the farm is to provide calves with high-quality, first-cut baled silage, which tested at a 76 dry matter digestibility (DMD). This testing was carried out by the Ruane’s dedicated programme advisor James Fitzgerald.

Alongside this quality silage, they will receive meal at a rate of 0.4/kg/head/day – this is to ensure that the target ADG of 0.6kg is reached over the housing period (see table below).

From viewing the table below, it is clear that the meal feeding the Ruanes will be providing to their calves is considerably low – in comparison to if they had poorer-quality silage (below 70DMD) available.

The calves weight will also play a role in the level of meal they are going to receive; with the group’s 12 lightest calves – weighing on average 204kg – receiving preferential treatment.

These 12 calves will be fed 1.5kg/head/day of a ration containing 16% crude protein right up until February 1. In order to maximise compensatory growth for the remaining 48 calves, meal feeding will be front loaded into the early stages of winter, with no meal being fed for the final six weeks before turnout.

It is important that if farmers are willing to going out and purchase concentrates, that they buy the correct ration to match their animal’s nutritional requirements.

Providing the correct feeding levels will also influence the level of impact a ration will have on the ADG of cattle. It should be based around the farm’s silage quality. 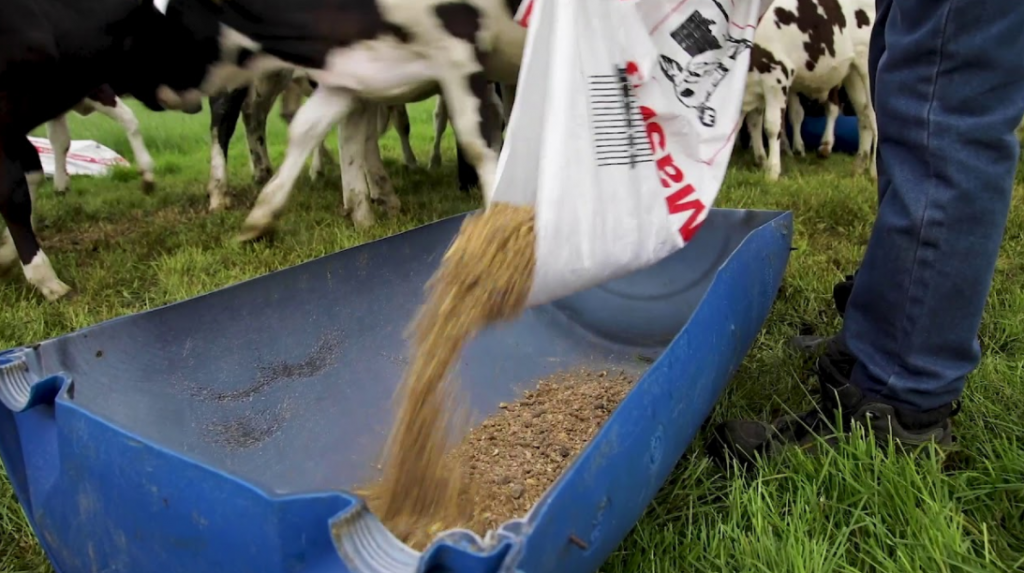 In this farm’s case, the meal will be fed to weanlings in the first winter, therefore the following ration management guidelines (below) need to be met.

For 2021, the farm is aiming to have a small proportion of the cattle slaughtered at 21-months-old. This is to ease any financial strains and provide an even level of cash flow. It will also lead to further space being freed up for younger stock in the winter.

The top 12 performing early-maturing bullocks will be selected for this finishing age. While the remaining 58 bullocks will be fed on until they approach 30-months-old in their third grazing season.

The overall target carcass weight for these animals across all ages and breeds will be 340kg. The Ruanes have always kept this in mind from day one of sourcing their animals, in order to select correct calves that are capable of achieving this target. 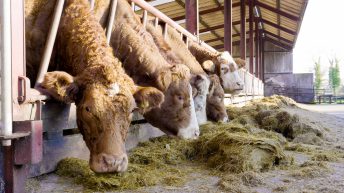