Malting barley growers to meet this week over contracts and price

The Irish Malt Growers are set to meet this Thursday to discuss ongoing issues relating to pricing and contracts for malting barley crops.

The relatively new group will hold a members-only meeting in the Seven Oaks Hotel, Co. Carlow in Thursday at 8.30pm.

According to a representative of the group, it has yet to be recognised as a negotiator by either Boortmalt or the IFA for malting barley growers, adding that this is disappointing considering malting barley is trading at €160/t.

This is a major stumbling block, the group says as prices have fallen from highs of €252/t in 2012.

The group have also expressed its disappointment regarding the current contract situation some malt growers are facing.

According to the group, there are non-contract growers currently allowed to grow malting barley which is a relatively new step that undermines the premium product aspect of the crop.

This has forced some growers to question both the viability and purpose of malting barley contracts, it says.

The representative of the group added that some farmers are questioning the purpose of these contracts and are wondering if they are actually worth the paper they are written on.

The group believes that these farmers are potentially undercutting their businesses due to the distinct lack of a contract nad the group as are whole are unhappy about this. 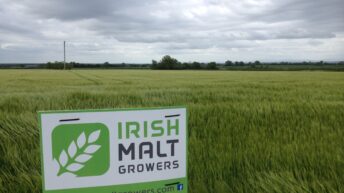