Majority of breed societies ‘a no-show’ at BEEF 2018 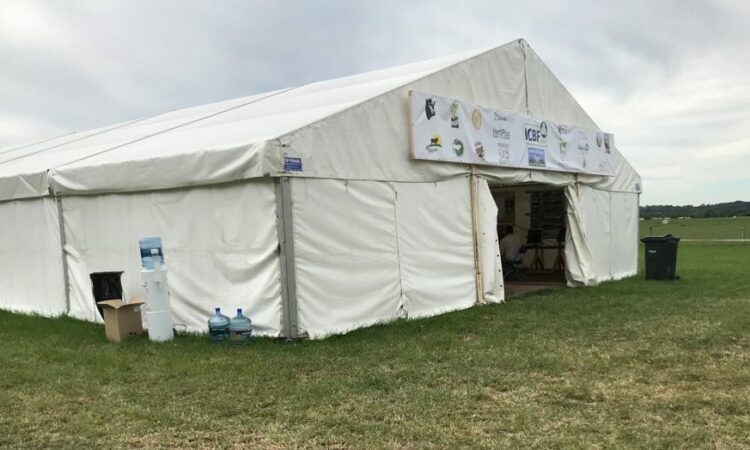 The decision by a number of Ireland’s pedigree beef breed societies not to exhibit at Teagasc’s BEEF 2018 event has been described as a “lost opportunity” by the chairman of the Irish Cattle Breeding Federation (ICBF), Michael Doran.

Large crowds are expected to visit the Teagasc Animal and Grassland Research and Innovation Centre, in Grange, Co. Meath, today (Tuesday, June 26) for the BEEF 2018 event.

Speaking to AgriLand, Doran explained that the breeding tent houses stands belonging to the ICBF, various AI companies and the breed societies.

Commenting on the decision of some breed societies not to show up, he said: “It’s a lost opportunity for them, given the large number of farmers that will attend the event and the fact that it only happens every two years.”

He explained that the ICBF is trying to help pedigree and commercial breeders to produce more profitable animals as part of the Teagasc economic model.

Continuing, Doran added that the federation is “more than happy” to meet with breed societies and that it is involved in “ongoing discussions” throughout the year.

It is believed that the decision by some breed societies not to show at the tent was taken last week, when representatives from a large contingent of Ireland’s beef breed societies met in Athlone to discuss concerns relating to the direction that the national suckler herd is currently being taken in.

Further meetings are expected to take place in the coming weeks to discuss potential proposals that would benefit the national suckler herd.

‘Breeders are unhappy with ICBF board structure’ – Deering