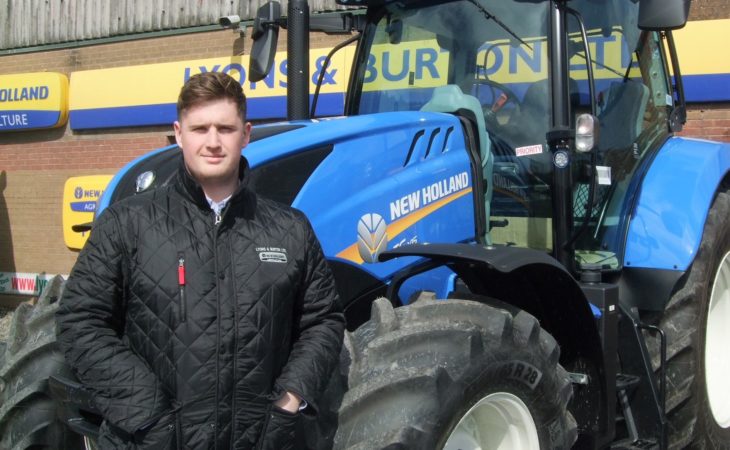 Lyons & Burton – based in Kilcock, Co. Kildare – has expanded its territory as a New Holland dealer. It will now cover counties Meath and Cavan, in addition to the areas already covered from its Kildare-based depot.

To serve the additional regions, it has appointed Cillian Cahill (pictured above) to its sales team. His role is to drive business in Meath and Cavan. He is from Virginia.

Cillian is a UCD (University College Dublin) graduate, having completed a degree in Agricultural Science in recent years. He told AgriLand: “Machinery is my blood; my father works for Clarke Machinery – now a competitor of mine!”

“It’s interesting to see the trends. The tractors that are most in demand are the likes of the T6.180 (for contractors and tillage farmers) and the T5.115 (for dairy farmers). But it’s changing all the time. In years to come, we might even see New Holland’s new methane-powered machines here.”

In other Lyons & Burton news, the company recently completed a somewhat unusual, eye-catching deal. The company won a tender to supply a combine harvester (pictured below) – a New Holland TC4.90 – to the Department of Agriculture, Food and the Marine.

The machine is destined for work on trial crops. It was delivered just before Christmas in a “heavily modified” state.

It’s worth noting that Lyons and Burton was founded in 1977 by three brothers – Alan, Percy, and Ernest Lyons – along with Derek Burton. It was appointed as a Sperry New Holland dealer in Kilcock to sell its range of combine harvesters, forage harvesters, square balers, round balers, mowers and rakes. 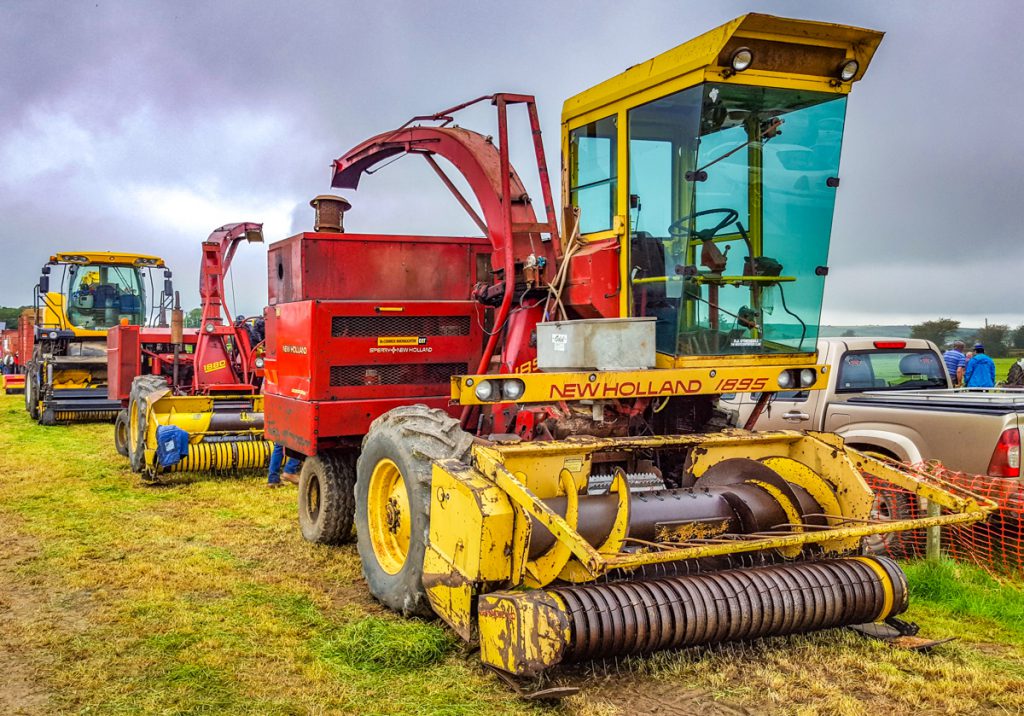 In the heady days of 1978, it notched up sales of 23 combines, 66 balers and seven self-propelled forage harvesters.

In 1988 Lyons & Burton was appointed as a John Deere dealer. In 2012, it parted company with John Deere and took on the New Holland franchise. The business now has over 40 years of experience (in the farm machinery and tractor industry) under its belt. 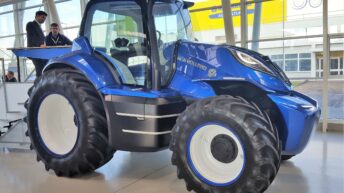