Lungworm infection in dairy herds is estimated at €160/cow/year 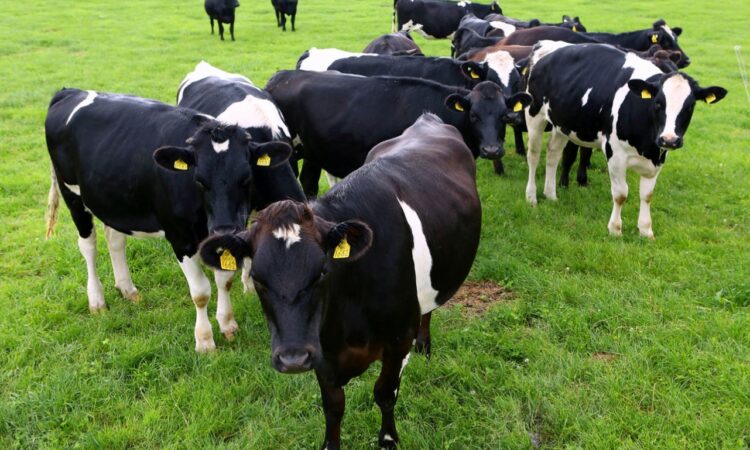 The ideal approach to controlling lung, gut and stomach worms is to use a worming program that allows some exposure to the worm larvae but kills adult worms, according to Kanturk vet Eamon O’ Flynn.

In general, the practice of using injectable or pour-on long-acting anthelmintics in calves during their first grazing season can severely hamper the build-up of immunity to infection, particularly to lungworm, in later life.

“A worm control programme should be directed towards the three main types of parasites. These are lung worms, which cause hoose, stomach worms and gut worms.

“When deciding on a dosing programme, farmers should ask themselves the question: Will the product I use control all three parasites? And what effect will it have on the animal’s immunity later in life?”

The cost of lungworm infection in dairy herds is estimated at €160/cow/year. This is mainly due to reduced milk yield which can be up to 6L/cow/day.

Hoose also results in body condition loss and a drop in fertility which can lead to longer calving intervals and increased culling.

All of this highlights the importance of using a product which allows the calf to develop natural immunity to hoose during the first grazing season.

Eamon said that the Repidose bolus has season-long protection because of the product’s pulse release system where the anthelmintic is strategically released into the animal’s system.

“The pulse system releases a treatment dose of oxfendazole every 21 days which is effective against adult and immature stomach and gut worms, lungworms and tapeworms [heads and segments] in cattle.

“In between pulses cattle are able to generate immunity to the worms in question.”

Repidose is the only pulse release bolus on the market for the treatment of lungworms, stomach and gut worms, according to MSD.

Shane Naughton of MSD Animal Health said the bolus is divided into seven individual chambers and every three weeks, a therapeutic dose of the anthelmintic oxfendazole is released into the animal’s gut.

“This kills adult and immature worms. During the 21-day interval between doses being released, cattle ingest worm eggs and larvae.

“This allows some exposure of the calf’s immune system to worms, thereby enabling the development of immunity.”

Shane Naughton of MSD Animal Health said: “This product is ideal for young dairy and beef stock more than 12 weeks old and weighing between 100kg and 400kg.

“It’s perfect for replacement heifers being turned to an out-farm due to its activity for the full grazing season. Immunity to worms depends on adequate exposure to infection during the treatment period.”