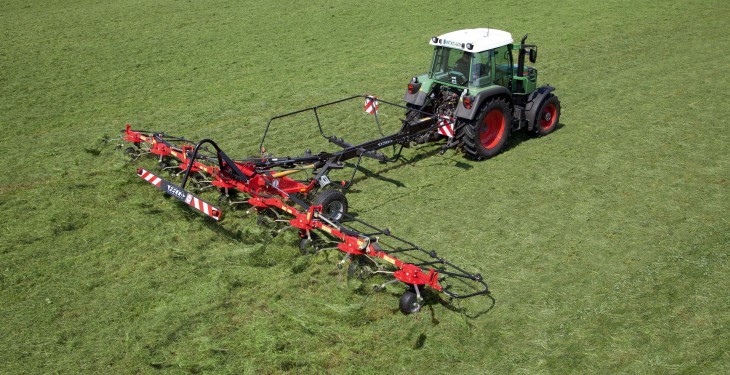 Low prices of dairy products globally has negatively affected dairy farmers’ capacity to invest in new grassland equipment with CEMA reporting that European sales to be down 14% in the 2015-16 season.

The European grassland equipment industry is experiencing a difficult year in 2016, CEMA, the the European agricultural machinery body, has said.

Sales in Europe of drum mowers, disc mowers, rakes and tedders dropped 14 % during the 2015-16 season and overall, a further decline by around 4% is expected for the 2016-17 season.

Europe’s leading producers of grassland equipment met in mid-September 2016 at the German company CLAAS in Bad Saulgau to discuss current market trends and expectations for the future.

Theo Vulink, convenor of the CEMA Product Group Grassland Equipment, said that dairy farmers have great interest in new equipment and technology to improve the capacity and quality of cattle feed.

Unfortunately, the current income situation prevents them from investing to the degree that they want to.

On a positive note however, the recent recovery of milk prices has brightened up industry confidence for the near future, CEMA has said.

Earlier this year, it was announced that overall agricultural machinery sales in almost all markets of the CEMA network (Belgium, France, Germany, Italy, Netherlands, Spain, UK) were down in the first half of 2016.

The downward trend can be observed for all major machinery types with the exception of sprayers.

CEMA attributed the decrease in sales to a drop in demand for tractors between 50 and 250 horsepower as it is this power category that is mostly bought by farmers that are currently facing a difficult situation due to low commodity and milk prices.

Furthermore, it said that these difficulties could aggravate given mixed wheat harvest results in many European countries and continuously strong global supply.